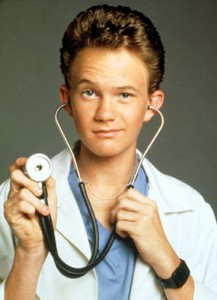 A turf war is taking place in Brooklyn Heights between major healthcare providers who want to nurture the sickly—now that the locale has become an “extension of the upscale lifestyle of most Manhattanites.” Crain’s New York reports that multi-specialty practices are establishing outposts in the neighborhood to cash in on the changing demographic in nearby Downtown.

“In one corner: Preferred Health Partners, which has had the home-team advantage since the 1950s and evolved from the former clinics operated by insurer HIP,” Crain’s says. And in the other is newcomer Mount Sinai, which, as BHB reported May 29, is leasing 75,060 square feet at One Pierrepont Plaza (300 Cadman Plaza) in the Heights, for an ambulatory care office, urgent care, cardiology, general surgery, neurology and plastic surgery, among other medical practices.

PHP board chairman Dr. Lesly Kernisant accuses Mount Sinai of “taking advantage of the demographic shift currently transforming Downtown Brooklyn into an extension of the upscale lifestyle of most Manhattanites.” The hospital’s “business planners are seeking an early advantage into this newly established opulent catchment area.”

He adds that Mount Sinai’s location is “strategically located just at the entry door to Manhattan. Credit should be given to those of us who have been providing health care in the borough for years.”

PHP has one site in Brooklyn Heights (at Montague Street and Court Street) and another Downtown (at Atlantic Avenue and Nevins Street). It offers a total of 11 Brooklyn offices, including Crown Heights, Bedford-Stuyvesant and East New York. The practice has 140 full-time doctors.

Partners Mount Sinai Medical Center and WESTMED Practice Partners (a Westchester-based physician-owned private medical practice) told The New York Observer that they have been looking to move into the Brooklyn market for some time. The private medical practice will occupy the 17th and 18th floors in the 19-story tower at One Pierrepont Plaza. After renovations, it is scheduled to move in January 2013. Mount Sanai did not respond in the Crain’s story.