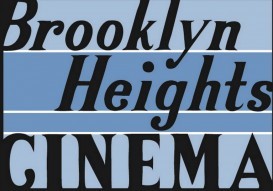 Brooklyn Heights Cinema owner Kenn Lowry tells BHB that their lease has been extended through the end of the year. Its landlord had previously extended the lease through the end of this month. A new building – which will reportedly include a new BH Cinema – is planned at 70 Henry Street. Lowy has said he will look for a temporary home for the theater in the area during construction.

Open Thread: The Most Beautiful Building In Brooklyn Heights