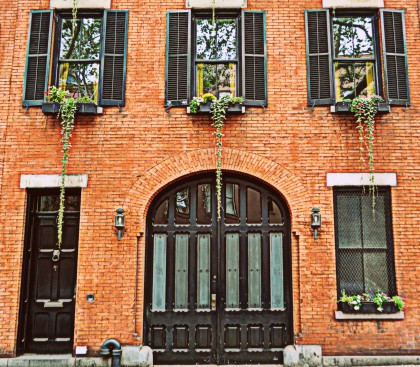 It was on this day in 1951 that the “Shot Heard ‘Round the World” occurred, when the New York Giants’ Bobby Thomson hit a game-winning home run in the bottom of the ninth off Brooklyn Dodgers pitcher Ralph Branca, to win the National League pennant after being down 14 games. Mind you, four years later, the Dodgers would win the World Series against the Yankees, gathering afterward to celebrate in the lobby of Brooklyn Heights’ Hotel Bossert.

So on this BHB Open Thread Wednesday for October 4, 2012, what’s happening in your world? Comment away! (Photo: Chuck Taylor)