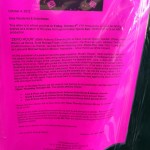 Just in: Today, Friday, October 5, from 7 p.m. to 2 a.m., filming is taking place for ABC’s “Zero Hour. Cars should already have been moved from the following streets: East & West side of Clinton Street, between State and Atlantic Avenue; North & South side of State Street, between Sidney Place and Court Street; and the East & West side of Atlantic Avenue, between Henry and Court. The posted notice says that vehicles left on the street past 10 p.m. last night “may be relocated to a block nearby.” 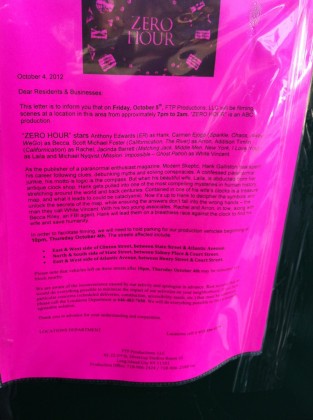 Manhattan Bound Brooklyn Bridge Lanes Closed This Weekend and Next