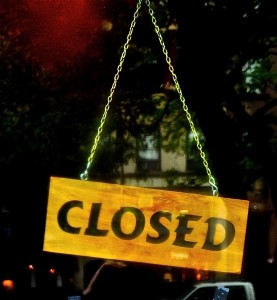 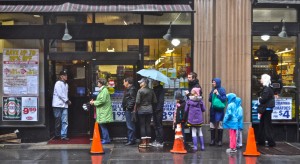 Key Food was also open, with lines out the door as customers were methodically let in.

Several businesses—including Ricky’s NYC, Armando’s, Thai Kitchen and The Heights Salon—failed to heed Homer Fink’s missive that taping windows is basically bunk. The only damage seen… so far… was a toppled newspaper box at the corner of Montague and Henry streets. More pics below. (Main image: Hanco’s/CT) 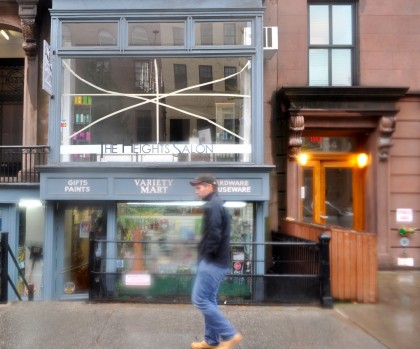 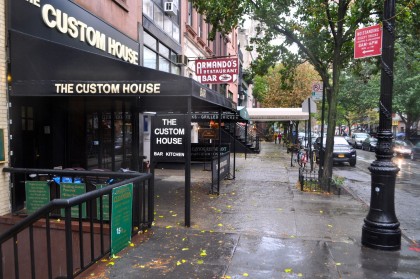 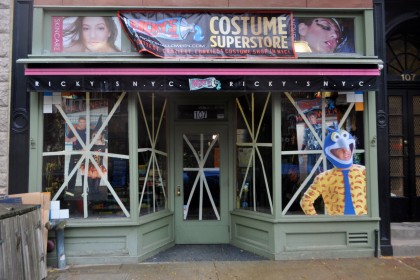 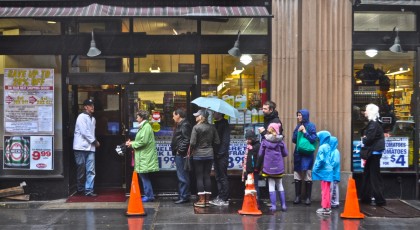 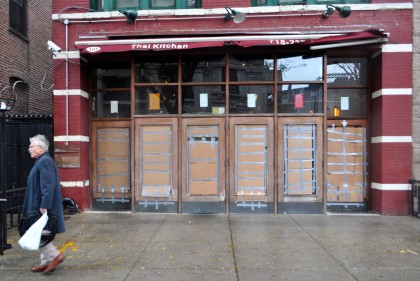 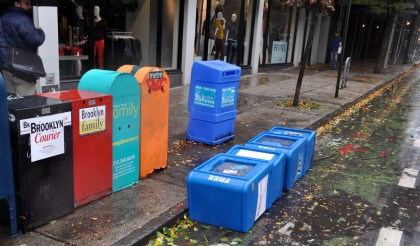