Red Hook’s Fairway Market reopened with a celebration that began at 7:30 a.m. on Friday with a foodie event to remember,” with food and product demos, giveaways and appearances from Miss America Mallory Hytes (who lives in Brooklyn) and Borough Prez Marty Markowitz.

Among improvements to the grocery post-Sandy—which decimated the 52,000sf waterfront store with 5 feet of water—are wider aisles, no dead ends in produce, entire store is easier to navigate, bakery is three times larger, a new cafe with enhanced offerings, meat & seafood easier to shop and a self-serve meat aisle across from the butcher counter.

The store was packed all weekend, here’s the Tale of the Tweets from opening day onward: 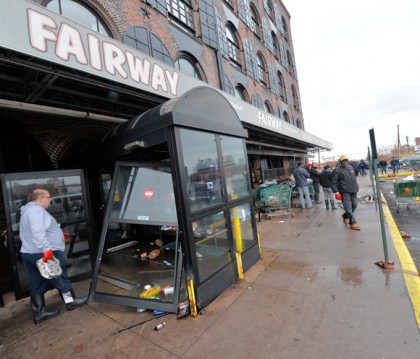 After Hurricane Sandy devastated Red Hook’s beloved Fairway Market, the entire neighborhood has suffered as many that visited the grocery from the surrounding vicinity also stopped supporting other local businesses that depend on so much traffic from the anchor store.

Good news: Fairway is set to reopen March 1, according to the New York Daily News, after 5 feet of water filled the 52,000sf waterfront grocery store, damaging all equipment, including refrigerators, cash registers and merchandise. The market was gutted, along with a $10 million price tag to put in a new bake area and cafe, wider aisles and new equipment. Workers are now putting the finishing touches on the store.

And to the credit of Vice Chairman Howie Glickberg, most employees were never out of work as the store has put itself back together. Fairway officials set up shuttle buses so employees could work at other outlets within the chain. “We have an obligation. We’re the cornerstone of Red Hook,” Glickberg said. “This area was devastated and we had an obligation to take care of our workers.”

All 300 workers at the store on Van Brunt Street were rerouted to other Fairway markets, some as far away as Douglaston, Queens and Westbury, Long Island. 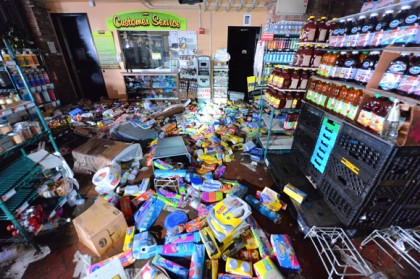 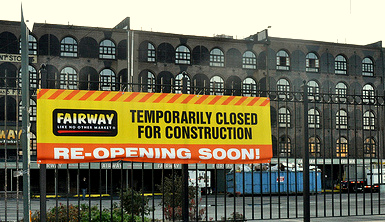 The Fairway Market in Red Hook was severely damaged by Hurricane Sandy in November, as the 52,000sf waterfront grocery at the base of Van Brunt took on 5 feet of water—which also had a detrimental effect on surrounding boutique businesses that depended on Fairway’s customer base. Good news: Fairway’s Facebook page reveals that the store is planning to reopen in March—and it’s also hiring additional staff. Welcome home, Fairway… you’ve been missed. 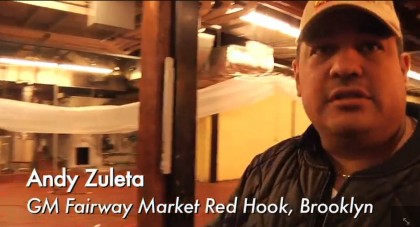 As BHB reported November 9, Red Hook’s Fairway Market suffered major damage from Hurricane Sandy. with the 52,000sf waterfront grocery at the base of Van Brunt taking on 5 feet of water and closed “indefinitely” as rebuilding ensues. Red Hook store General Manager Andy Zuleta has posted a video showing the destruction, cleanup efforts and his optimism for a bigger, badder locale in the near future. See it here, posted on November 13. 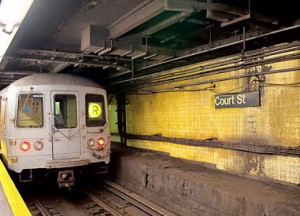 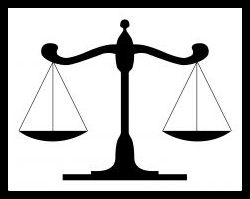 The Clinic will be staffed by disaster relief-trained law students and volunteer attorneys who will offer storm-related legal and application assistance in regards to insurance claims, FEMA applications and appeals, public assistance and housing.

Subsequent Clinics will take place on Tuesdays, 1-4 p.m. Walk-ins are welcome. For info, contact the Legal Clinic at 718-802-3890 or email sandyrelief@brooklynbp.nyc.gov.

Update: the Eventbrite website now says the concert is sold out.

According to Entertainment Weekly:

This Saturday, Nov. 17, Vampire Weekend, Real Estate, members of the Walkmen and Dirty Projectors, and others will perform acoustic sets at St. Ann & The Holy Trinity, an Episcopal church in Brooklyn Heights, with all proceeds going to Occupy Sandy. There’s no set ticket price, but the organization suggests a minimum donation of $30.

More details about the concert, which will go from noon to 5:00 p.m., are here. The church is located at Clinton and Montague streets. There’s more about Vampire Weekend here.

TerraCRG and aptsandlofts.com are continuing much-needed efforts for Hurricane Sandy Relief, in a partnership with “United Way Rallies NYC Real Estate Industry Support for Storm Victims.” The commercial real estate brokerage with its partners is launching a fund-raising effort to facilitate and encourage donations from the real estate community to benefit victims of Hurricane Sandy through a secure webpage created to gather the donations.

All proceeds will be used by local United Way chapters to address near and long-term hurricane recovery needs in communities that FEMA has declared disaster areas, with “aggressive monetary goals to help aid those in need. The goal of this effort is to unify the New York City real estate community to make a difference in the lives of the many people who experienced devastation and have been severely affected by the storm.” Both TerraCRG and aptsandlofts.com have each contributed $10,000 to the effort.

Ofer Cohen, founder & president of TerraCRG, and David Maundrell, founder & president of aptsandlofts.com are directing the efforts. Cohen notes, “We would like to see the entire real estate industry in New York come together. While our lives in North Brooklyn and Manhattan have been slowly returning to normal, many residents and businesses in the hard hit area of Southwest Brooklyn and Staten Island, Queens and Long Island are dramatically impacted and will remain so for months.”

The webpage, www.NYCREUnited.com, is linked directly to the United Way’s website infrastructure. 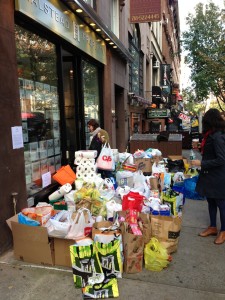 Halstead Realty at 150 Montague Street (between Henry and Clinton) is directing another much-needed food & goods drive this weekend, in which they intend to pack a moving van with requested items for Hurricane Sandy residents in The Rockaways. Please bring donations by the shop Saturday & Sunday from 11 a.m. to 5 p.m.

Broker Meryl Blackman tells BHB that the truck will arrive in front of the shop at 9 a.m. Monday, and is asking area residents to contribute specific items that donation centers have asked for. She adds that Halstead volunteers will be going door to door in areas “where many people and pets are shut in with no elevators.” See the list below…

In addition, Corcoran Reality is collecting items for The Rockaways. Drop goods by their BH location at 124 Montague St. 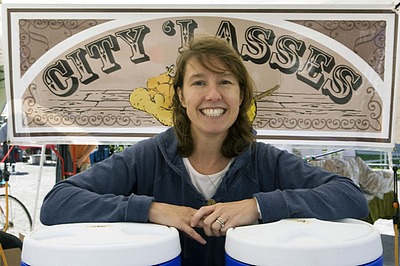 The weather forecast is encouraging, but with so many institutions, like Bargemisic, which is in good physical shape but still lacks Con Ed power, coping with the aftermath of the Sandy/nor’easter one-two punch, what is there to do if you’re in town? There’s the penultimate Smorgasburg of the season this Sunday, November 11 from 11:00 a.m. to 6:00 p.m. at the Tobacco Warehouse, Water Street at New Dock Street in the Fulton Ferry Historic District (I once described it as being in DUMBO and caught holy heck from the Fulton Ferry Landing Association). The final Smorgasburg of the season will be the following Sunday, November 18.

Brooklyn Heights Cinema, 70 Henry Street (corner of Orange) will be showing The Sessions and A Late Quartet. Showtimes are here.

The Brooklyn Historical Society, 128 Pierrepont Street (corner of Clinton) will have another of its tours of the Society’s historic building on Saturday, November 10, starting at 3:00 p.m. Details are here. Looking ahead to Thursday, November 15, starting at 7:00 p.m., BHS will present a lecture by independent scholar and author Andrew Coe, “Spilt Milk: the Bloody Food Rackets of 20th Century New York,” about how gangsters controlled much of food distribution in New York City in the first half of the past century. Details are here.

Know of anything else interesting happening in Brooklyn Heights or nearby this weekend or in the near future? Add a comment to this post.