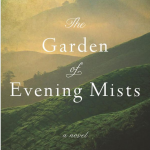 Concede, cooperate, collaborate. Each of these might be thought of as points on a continuum describing different ways we behave when we are trying to get along with others. When the behavior is Yun Ling’s, the central character of Tan Twan Eng’s complex and layered novel “The Garden of Evening Mists” the words can take on very mixed connotations indeed.

Yun Ling is retiring from her post-war life as a judge in Malaysia because an unspecified disease is causing neurological decline and her memory is fading. During World War II, she and her sister were interned by the occupying Japanese. Yun Ling was the internment camp’s only survivor. “I did what I had to do to survive,” is how Yun Ling describes her wartime behavior. The phrase describes the actions of the other two main characters as well.

Magnus Pretorius is an exile from South Africa who left the Transvaal after the Boer War. He farms tea in the Cameron Highlands of Malaysia. Magnus, who is friendly with Yun Ling’s father, is married to a Chinese woman. Magnus has sold some land to Aritomo, a gardener formerly in the employ of the Emperor of Japan, who is creating Yugiri, the only Japanese garden in Malaysia. Immediately after the war Yun Ling spent several years with Magnus and Aritomo as Aritomo’s apprentice and eventually acolyte, learning to create a garden on Japanese principles.

Yun Ling dreams of creating a garden memorial to her older sister. She is also struggling with her experience of horrors as an internee, mitigated, only briefly, but the occasional touch of commonality between Japanese captors and Chinese internees. Magnus is there to create a new life for himself. And Aritomo has been forced to leave his country after a falling out with a member of the royal family. Or is he? Eng has borrowed from Jim Thompson’s story to suggest that Aritomo might be something more than an exiled gardener. (Thompson himself makes a brief appearance.)

Various mysteries keep raising their heads throughout the novel. Why has Yun Ling turned to an ethnic Japanese for her retreat after her experiences? Where was the internment camp? What was being produced or stored there? Why is Aritomo in Malaysia? The action is set against the 12-year-long Malayan Emergency, and the jungles hide Communist guerrillas fighting for independence from the British. Most of the action centers on the garden, which works as well as a metaphor for memory and forgetting as it does as a symbol of Malaysia itself.

“The Garden of Evening Mists” has beautiful, evocative place descriptions, fully drawn characters, and a misty ambiguity. It’s structure relies perhaps a little too much on coincidence for its resolution, to the extent there is one, and there are some sloppy contradictions that another round of editing might have caught. The gauzy scrim of the garden obscures a series of difficult choices each character faces. Love or manipulation? Loyalty or treachery? Shift your view slightly, and the characters’ actions take on a different coloring. This is a book that repays the reader who thinks about the novel, each new vista opening up different possibilities for interpretation. What do you think? Let us know in the comments.

Brooklyn Bugle Book Club: “Ninety Percent of Everything: Inside Shipping, The Invisible Industry that Puts Clothes on Your Back, Gas in Your Car, and Food on Your Plate” by Rose George

Brooklyn Bugle Book Club: “Citizens of London: The Americans Who Stood with Britain in its Darkest, Finest Hour” by Lynne Olson