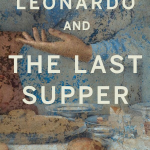 Leonardo da Vinci’s rendering of the Last Supper on the wall of the refectory of the convent of Santa Maria delle Grazie in Milan must be one of the most venerated paintings in history. Goethe wrote about seeing it, Andy Warhol reproduced it, and countless other artists have made copies. The “Da Vinci Code” increased its popularity. Now you have to have a ticket to see it – and can stay for only 15 minutes.

How did this celebrated picture come about? Ross King’s well-written new book sets out to explain the painting in its political, governmental and religious contexts, along with its place in Leonardo’s life. King starts by describing Lodovico Sforza, the Duke of Milan who commissioned Leonardo, newly arrived from Florence, to paint the scene. Subsequent chapters include a capsule biography of Leonardo, an explanation of the subtle differences among the Gospels as they tell the story of the Last Supper, and descriptions of the shifting alliances behind the incursions into Italy of Maximilian, the Holy Roman Emperor, the King of France Louis XII, and the Duc d’Orléans.

And that’s just the start. Each chapter provides a jumping off point for King to explore relevant matters. A mid-book chapter called “Secret Recipes” starts by describing the mechanics of frescoing: construction of the scaffolding (the painting starts eight feet above the floor), and the the layers of plastering. (King includes Leonardo’s notes on the content of the plaster.) The section concludes with a brief description of how frescoists worked. Frescoists, that is, but not Leonardo, who wanted to work in oils. Hence the next section is all about paint: oil paint, how it was made, and the history of its use. Then it’s back to the underpaint on the wall – Leonardo used a white lead, and King does a good job of explaining Leonardo’s subtle and perceptive use of color. The last two sections of the chapter tie the themes together, as they are about the heraldic shields Leonardo painted above the Last Supper, and Leonardo’s use of assistants.

Succeeding chapters are equally multi-layered and fascinating. I found the chapter about Judas, with its discussion of ambiguous renderings of the various apostles in the painting, compelling. And so was the chapter called “Food and Drink,” which explains the sacramental elements in the painting but also the food and wine. I had no idea, for example, that the dish in front of Jesus held eels prepared with oranges. Or that Judas is shown just as he is knocking over a salt cellar. The painting is allusive and subtle, and King brings out as much meaning as he can.

I have two minor complaints about this book. One is that King spends too many pages unnecessarily debunking the notions put forth in “The Da Vinci Code.” The other, and this is not entirely King’s fault as the painting is in such poor shape, is that the illustrations are too few and too small. But most of them are available on the web, here and here, for example.

What’s your favorite image from this interesting book? Let us know in the comments.

Tale Of The Tweets: Game 5 Do Or Die For Brooklyn Nets