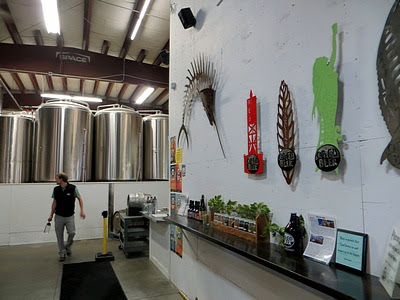 On our Cape Cod weekend, rainy, chilly Friday begat rainy, chilly Saturday, so we headed down the Cape, around the elbow (see my description of Cape geography in my post about Truro Vineyards) to Hyannis, there to visit the Cape Cod Brewery. In the photo above, Tyler, who conducted our lecture and tasting with knowledge and panache, is approaching. The stainless steel tanks in the background are where the brewing is done. 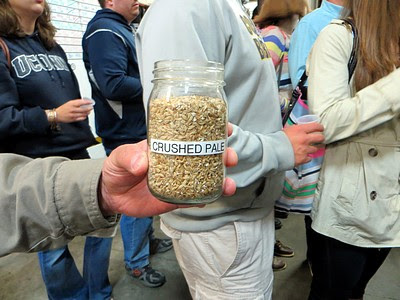 We got an up close look at some brewing ingredients. This is crushed pale barley, which gives beer and ale their malt richness. 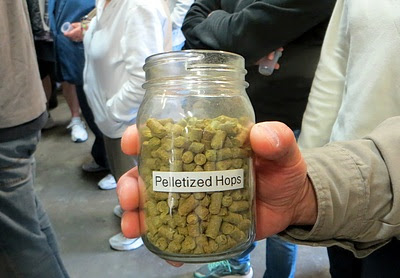 These are pelletized hops, which give the brews flavor. According to Tyler these are Chinook hops, native to the Pacific Northwest. The other two ingredients are yeast, which reacts with the barley to cause fermentation in the presence of the fourth, and most voluminous ingredient: water. “Our local water supply is very good,” Tyler said. “We use it, and run it through a big Brita filter.” 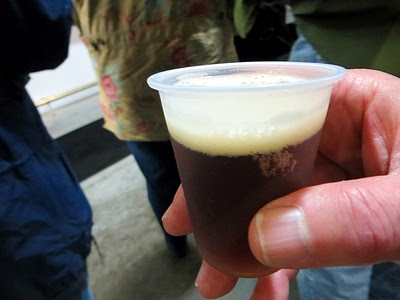 This is one of several brews we sampled. It’s the amber ale, which has a deep red color. The brewery calls it “Red Right Return” after the navigational mnemonic that says to keep the red buoys to your right (or starboard) while entering a harbor. I liked it, as I did all of the brews we sampled, which included a blonde ale called “Beach Blonde” which had more flavor than I expected, an IPA, and a porter.

Unfortunately, Cape Cod Beer isn’t available beyond an eighty mile radius of the Brewery, as it isn’t Pasteurized, and has to be kept refrigerated. The next time we’re up there, we’ll take a cooler chest so we can bring some home.