REMARKABLE INFORMATION: Jus’ Gossip and a Gaggle of Giggles

For the past few weeks, Mr. R.E. Markable (thaaaat’s me!) has been like a boring Sunday school teacher: a lotta long stories and no gossip!  (Though most Sunday school teachers haven’t stayed up late with William Burroughs and Bobby Darrin trying to conjure the sprit of Aleister Crowley, but that, m’friends, is another story!).  So, for this edition of the column that the late, great Jimmy Breslin once called “A helluva lot of typing for someone who dropped out of St. Francis,” we are JUST gonna catch up on items for…

How ‘bout a big Three-Dot Cheer for TBS:  Not only are they trying to reach the kiddie market with their new Saturday morning live-action entry, L’il Dallas, they’re actually casting Larry Hagman III (that’s right – the original J.R.’s great-grandson!) as the 11-year old Mean Widdle Texan!…And just to create some confusion, the young’un Hagman is NOT to be confused with the up-and-coming Bushwick band, The Larry Hagman Three, who have just released their debut 7” record on Brooklyn’s own Straight to L record label…I don’t know about you, but sometime this Politically Correct stuff can get outta hand:  General Mills is gonna be CHANGING the magical l’il leprechaun on the Lucky Charms box to something “less offensive” to the sensibilities of people of Irish Descent.  Apparently, the new box-star (and I’m quotin’ from the press release, folks, don’t blame ol’ Mr. Markable!) will be a character that “…more realistically and respectfully embodies the achievements and legacy of the Irish People.” I would say I am speechless, folks, but you know I always have something to say!  I haven’t been so offended since The House of David baseball team was forced outta business…It seems that so many ‘big name’ people have died recently that some very important dearly departed are fallin’ through the cracks.  SO I would like to take a second and tip the ol’ Three-Dot Yarmulke to some of the names you may have missed in the smaller type of the obituaries: The talented Marty Johnson, the younger brother of comedian Arte Johnson, died on February 23 at age 74.   Marty was the co-star of the 1966 ABC military laffer You and Watt Army about an entire family – The Watts, of course – who get accidentally drafted into the Military.   Marty played the bumbling private who gets to share a tent with the Watts (a role originally written for funnyman Howard Morris). The show may have only lasted four episodes (it was personally yanked from the airways by Secretary of Defense Robert McNamara, who called the show “an almost treasonable offense to any man who has ever served his nation’s flag”), but it put the “Ho” in “Ho Chi Minh”…You know who else  also passed recently with relatively little fanfare?  That’s right, one-time Heights’ resident Lysander Eurphrosyne “Maynard” Agnew, the younger brother of Vice President Spiro Agnew.  Maynard, who was known for his trademark beret and goatee, turned his back on the “establishment” legal and political career path his famous brother pursued and chose instead to live life as (what we use to call!) a “beatnik.”  Maynard lived in the Heights during the early 1960s, where he briefly ran the legendary Like, 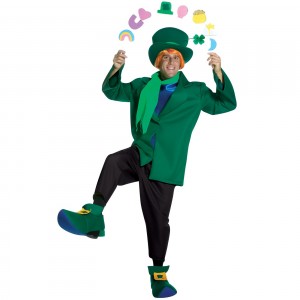 Books bookstore.  Always a thorn in his brother’s side, Maynard was appointed ambassador to the tiny Micronesian nation of Palau in 1969, and he remained there for the rest of his life;  by 1990 he had asserted a nearly-godlike sovereignty over the coral atoll of Kayangel in Palau, with many comparing him to Kurtz in Heart of Darkness.  Lysander died  on March 1 in Kayangel at age 91, brutally beheaded by his eldest granddaughter, Mariur Ngiratkel “Click Click” Agnew…Whoever said you couldn’t get a good Quinoa Spelt Scone in this town hasn’t been to the lovely and charming Le Pain Quotidien, which brings a touch o’ France to ol’ Montague Street.  Lovely atmosphere and the food is Tres Bon!  Better get there fast before some Germans march in and they start selling sauerkraut…Hey, I’m only Joking when I take jabs at the Jermans – some of our best Brooklynites were Huns!  The amazin’ John A. Roebling,  the man who built the Brooklyn Bridge,  was born in Germany, and didn’t come to America until he was 25…With the success of GIRLS, it should come as no surprise that the networks are scrambling to put more shows on their sched set in Brooklyn.  In September of 2014, The Lifetime channel is gonna unveil Windsor Terrace, an evening soap about luscious lady Vampires living in a glamorous mansion.  Kelly Packard and Jamie Gertz are set to star, with Bronson Pinchot as the ladies’ Transylvanian butler.   Also, in a bid for the desirable 20-something female demographic, Oxygen has announced a fairly transparent Girls rip-off called Greenpoint Dolls.  No casting has been announced, but oddly they will be shooting exteriors for the show in the Los Angeles hipster district of Silverlake, and interiors in Toronto. Finally,  the CW has already started shooting Sombrero, about a private eye named Luke Sombrero who prowls the streets of Downtown Brooklyn breaking rules and catching bad guys.  The title roll is being played by Eric McCormack, who you may remember from Will & Grace…AND THAT’S WHY I LOVE LIVIN’ IN BROOKLYN!

Oh!  One more thing!  Before I go, I wanted to pass along a joke told to me by one-time Brooklyn resident Elliot Gould:

A bar walks into a dog.  “Form is emptiness, emptiness is form,” says the bar.  “Rough!” says the dog.  The bar looks out from within the dog, whose psyche-soma self he has entered through the process of Tonglen meditation, and notices that the dog needs to get it’s nails cut.  “Geez, you should really clip those, pal,” says the bar.  “How is it walking on those?’”  “Rough!” says the dog.  Then the bar asks “What is life like when we don’t recognize the emptiness inherent in all things subject to dependent origination?”  “Rough!” answers the dog.  The dog, conscious of its’ existence in both conventional and ultimate reality, realizes he is thirsty and asks the bar for a beer.  “I can’t serve you,” says the bar, “You’re only four.”  “Rough,” says the dog.  “The self is made up entirely of non-self elements,” the dog adds, trying to maintain his balance while having an entire bar inside of him.

(Mr. Sommer’s opinions and grasp of reality are entirely his own)

Tim Sommer has achieved some degree of note as a musician, record producer, DJ, VJ, and music industry executive.   He is the author of an acclaimed monograph about the career of TV and Film Star Marty Ingels, and continues his efforts to get Frank Viola into the Baseball Hall of Fame.

War: Not Just something Roger Waters whines about.