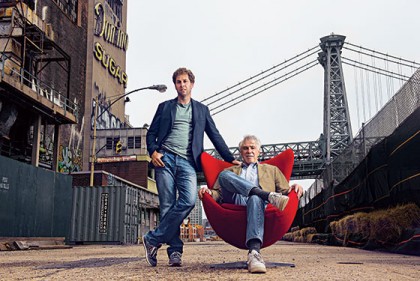 You can call David Walentas many things, but he sure knows how to get attention. In a New York Magazine profile published this week the developer and King of all DUMBO has a thing or two to say about Brooklyn Heights’ “old guard”:

NY Magazine: His prime adversary was the Brooklyn Heights Association. There was a battle in 1999 over a Walentas proposal to build a Jean ­Nouvel–designed entertainment complex at the bottom of Old Fulton Street that featured theaters, restaurants, and a hotel that swooped out over the East River. In 2004, Heights residents lobbied fiercely against a Walentas bid to construct a 17-story hotel at the foot of the Brooklyn Bridge. In recent years, both sides tussled over where to locate a 1922 carousel that David and Jane had spent years painstakingly restoring. “When I asked him, ‘Can we talk about where it might be sited?,’ he would say, ‘I’m going to put it where I want,’ ” recalls Marianna Koval. “ ‘My wife wants to see it from my living-room window, and I don’t care what you guys think.’ ”

“They’re just stupid, insulated people,” David says when I ask him about the carousel controversy. “The truth is that the Old Guard up the Heights are racists and anti-Semites, if you really want to know. They don’t want anything to happen to disturb their little community. They don’t want shvartzes walking through the community to get to the park.” Today, he says, “the Heights people love the carousel.”