Jack Antonoff of fun. Talks About His Brooklyn Heights Apartment with Lena Dunham 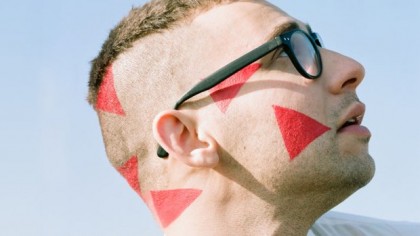 Jack Antonoff of fun. who is currently enjoying success with his latest project Bleachers, talks to Vulture about what he’s been up to lately. Part of the interview includes a passage about how he and girlfriend Lena Dunham have recently traded up here in Brooklyn Heights:

Vulture: It took a full year to close on his new apartment in Brooklyn Heights with Lena Dunham. “If you’d told me that when we bought it, I would have just exploded, like my head would have fallen off,” he says. They’d been looking to upgrade for a while since Dunham’s apartment felt too small for two people with a lot of stuff, plus a dog. Also, their neighbors were smokers, so their apartment always smelled. And, most irksome to Antonoff, the building was so old they only had two-pronged outlets, which meant they couldn’t plug in electronics that had three prongs, which is basically all modern electronics. The new place will have a studio for Antonoff and an office for Dunham, and hopefully a Victorian doghouse for their rescue dog, Lamby.

He also adds that he was kidding around about being on a “double date” with the first family:

Gloria in Excelsis DEREK! For we have seen the star in the east, and we come to worship him…