MTV is 33 years old today. If you’re under 30, you likely have no identification of that brand name with a format/object that not only presented new music, but was, for many years, this countries primary source for new music. For at least 15 years, MTV was America’s radio station, an idea that had not previously existed (it now seems a bit more common due to the accessibility of satellite radio, but it really was a true game changer at the time).

Though there were certainly negatives that came with this – a generalized repression of regionalism and resultant conformity in the countries musical tastes, and an industry wide attitude that country music did not matter nearly as much as it in fact did – without any doubt, 8/1/81 is one of the key “before and after” markers in the last sixty years of music history. Nothing was ever the same after the introduction of Music Video as the primary outlet for the promotion and dispersal of new music; only very recently have the startling changes made by the birth of MTV been re-addressed, with the onset of the Age Of Plurality caused by downloading and streaming and the now-taken for granted concept of music being essentially free and actually everywhere. In other words, it took one revolution of accessibility to diminish and displace the impact of a prior one.

Rather than speak either intellectually, culturally, or analytically about the repercussions of 8/1/81, I want to say a few words from a purely personal perspective.

I began working at MTV in the fall of 1983. I was 21, and The Network was just over two years old, though it still had the “feel” of a very new and developing place. I was hired to work in the newly-fashioned Music News department. We were a small group, made up almost entirely of music critics of some note and our leader was a college DJ/Television Producer type who was, in fact, the person in the department closest to my age. His name was Doug Herzog, and he was a witty, demanding, cuddly, college radio geek and reggaephile, and he put up with an unbelievable amount of shit from me, yet resisted what surely must have been constant temptation to fire me. I played pranks – usually involving elaborately planned fake inter-office memos and extensive distribution of pictures where I replaced the faces of co-workers and rock-stars with the image of freakish child star Mason Reese – and made a lot of noise. I also worked very hard, usually to 7:30 or so every night. Doug was pretty much the best boss I ever had, and I want to honor that. He’s gone on to some really good things (he is currently President of Comedy Central), so his success has equaled his kindness.

At the time, the Network was still so (relatively) under-the-radar that the cable system that served our midtown-Manhattan office did not yet carry MTV. We only saw the channel via an in-house system that played ¾-inch videotapes of channel airchecks.

It felt a little like the Wild West, and it was.

There will probably come a time when I detail my experiences at MTV (I worked there from late ’83 to very early ’87, and again from ’89 to ’91) in greater and sexier depth that honors the ridiculousness and excitement of the experience, but for now I just want to note some of the really amazing people I worked with. Originally, Merle Ginsberg, Stuart Cohn, and Michael Shore were the only other news writers, and Merle and Stuart are the ones who bought me in. I can never thank them enough for that, and Merle has really gone on to the pinnacle of her profession, becoming one of America’s leading commentators on fashion and entertainment. Let me also say that I have especially fond memories of the two of the (original) VJs, Martha Quinn and Alan Hunter, neither of whom ever acted, for one moment, like this incredible rush of attention was going to their head. Martha, as you might recall from earlier columns, was an old friend of mine from Weinstein Dorm, and I should mention another friend from Weinstein – John Norris – who eventually also joined the news department as a writer, and with whom I shared a desk for a few years. John was delightful and funny and sweet and the most easily appalled person I’ve ever met.

There were, of course, plenty of non-Weinstein people who worked at MTV in the early years, and most of these people had gone to Emerson. It really was an NYU/Emerson Mafia there.

I know this incomplete, mawkish memory is unusually insubstantial and atrocity-free for me and this column, and this tale will surely be amended in the future, perhaps shortly; I really just wanted to take a second to honor the rather massive and culture-altering undertaking that was MTV, and to note that in the beginning, it was pretty much just music, TV, and film geeks making it up as we went along, and despite any effect it had on the culture, or our own occasional snobbish distance from the music the Network played, I am extremely proud of having been there (near) the beginning, and the people I went on that ride with were almost universally massively sweet, and I am deeply sorry I can’t name all of them…Nili, Kathleen, Dugan, Carol, Gus, Rick, Rhonda, Sue, Tabitha, Lou, Patti, Jane, Nina, Gil, Lois, Amy, Kian, Meredith, Norman…and there are so many more, and I only wish I could honor everyone of these colleagues and friends, and read this list in a voice that sounded exactly George Takei or perhaps Mandy Patinkin.

NEXT. I was truly startled this week to see a new track from the legendary stoner metal band Sleep, released via the Adult Swim Singles website. It’s called “The Clarity” and it’s the band’s first release since 2003’s Dopesmoker (which in turn was just a purification of the slightly-abridged Jerusalem album, released back in the ‘90s). Now, why is this big news?

Well, Dopesmoker is the best album of the last 20 years, that’s why. I mean in my opinion. Dopesmoker is comprised of one 63-minute song, which grinds with grim, slabby, tough, turgid, brittle and bass-centric determination through great waves of thrilling and hypnotic sound. Like PiL’s Second Edition, or the work of Neu! (discussed in this column on Tuesday), this album says “Fuck it!” to all previously existing concepts of the way things “should” be done; and since it is not merely enough to flaunt invention, on Dopesmoker Sleep then follow through with an aesthetically magical result. Dopesmoker is the natural conclusion of where metal was heading ever since Sabbath, Purple, Mountain, Cactus, Cream and Hendrix began stirring the great Golem of the genre into action; it is endless, endlessly rewarding metal, metal, metal, metal, the sound of a hundred and eight cars dragging their mufflers in happy unison for one very fucked-up hour, all while the sub-woofers in those 108 cars played Gabriel’s Bass signaling the End of the Fucking Musical World. Dopesmoker is THAT good, and an essential record.

(By the way, I’ve alluded to The Golem before; does everyone know I am talking about the mythical killing-machine monster of Jewish folklore, and not the similarly named character from The Lord of the Fucking Rings?)

After the extreme achievement of that masterpiece, the band’s new track, “The Clarity,” is, well, a disappointment. It’s okay — actually a good deal more than okay — for over 9 minutes it chugs along with metronomic shards of slow riffs, sounding a bit like Hawkwind channeling Sabbath, but it lacks the majesty, the intent, the brilliance of concept and realization of Dopesmoker. Having said all that, it’s well worth getting, but for the makers of the Abbey Road of Metal to come out with, well, the equivalent of “Polyethylene Pam” is, naturally, a bit of a let down.

NEXT. I have recognized that Dave Grohl’s head is far too large for his body, and this makes him look like a Muppet. 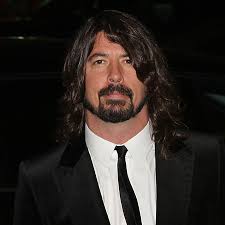 (Seriously, hydrocephalics in jars in Philadelphia’s Mutter Museum have a more appropriate head-to-body ratio; Andre The Giant, on the night in 1982 he won a prize at costume party at Roddy Piper’s house by donning a Rondo Hatton mask, had a smaller head; German actor/director Paul Wegener, when he starred in 1922’s Der Golem-ähnliche Tier mit den unglaublich Enorme Leiter [The Golem-like Beast With the Incredibly Enormous Head] had a smaller head)

FINALLY. Porcupine Tree is better than Radiohead. When you’re sitting there with headphones on pretending to like Radiohead, you could just switch over to Porcupine Tree and actually like them.