In order to be engaged in the world around us, and in a more localized sense compelled by the art and music we are exposed to, we must be startled.

As my friend, Dr. Jennifer Brout, has articulated, in order to maintain our attention the music we listen to must be filled with elements of harmony and melody, but it also must contain components that keep us engaged with the proceedings and alert our attention; otherwise, we are likely just to drift off of the road and run over a monkey, and none of us want that to happen.  This would be especially tragic if the monkey was dressed in a Mad Men-style business suit and wearing a fez.  Perhaps the monkey had wandered away from a film set where someone was shooting a Mad Men parody featuring monkeys, because, as we all know, nothing is funnier than a monkey in human clothing.  Now, you may ask, “If the monkey was dressed to resemble a 1960s’ advertising executive, why then would the monkey be wearing a fez?” 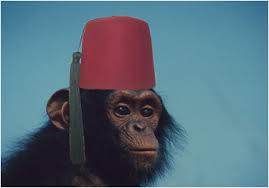 The often beautiful, but just as frequently frustrating ubiquity of modern music requires more harmonious instability than ever.  We are all wandering in the desert, a Sinai of sound that is free and everywhere, and we need an Artful Moses to lead us into the promised land: a Canaan full of music that shocks and soothes and is ripe with myth, mystery, and rumor.  This Moses must be confident – nay, even arrogant – in his or her ability to unify the disparate masses of music listeners (casual and avid), via charismatic confusion; with a firm grip they must metaphorically carry Michelangelo’s David up Escher’s stairs, or failing that, bravely and adamantly announce:

“In one hand, I hold the Spear of Destiny, and in the other, I bear a puppy who personifies all the hopes and vulnerability of failing humanity; and with my monkey-like tail, which I borrowed for this occasion from my friend The Lord Hanuman, who may or may not be an incarnation of Shiva himself, I firmly grasp a mono copy of the Sgt. Pepper album, because it is essential for the world to understand the extraordinary, inarguable superiority of the mono mix of Sgt. Pepper.”

For the sake of this discussion, let us presume that it is I who is standing on the Mountain and god, or someone who sounds a lot like Carl Wilson or Tim Buckley, has whispered in my ears the un-spoken name of the Lord of Redemption via Confusion, and here I reveal those names. 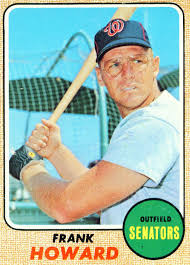 By no means am I claiming to be Moses, or even Mo Howard, or even Frank Howard, who is the sort of 1960s/70s power hitter who looms large in my memory, like a cross between the Golem, Paul Bunyon, and Burns and Allen sidekick Harry Von Zell.  Fearsome as he was, I imagine Frank Howard as someone who would be kind to children and would, perhaps, even drive his car into a tree in order to avoid hitting a Fez-wearing monkey.  Regardless, I am no Moses, though he was married to Zipporah (who circumcised Gershom with a sharp stone, to which Gershom said “Jesus Christ!  Did you sanitize that stone first?  Or even maybe wipe it down with some Purell?”), and I knew a girl back at Great Neck South in the ‘70s named Zipporah Friedman, and she was a fox, let me tell you, she would come to Social Studies class wearing a peasant blouse with nothing underneath, and you would, indeed, think you had seen The Holy Land.

Although I am not fit to stand in the shadow of the chalk outline of Moses (nor his 20th-Century manqué, Tom Carvel), I have seen the future of music as a unifying and provocative force for positive social and political engagement, and here it is:

Both will frequently be confused with each other but both will be completely independent and autonomous acts.  In this respect, I am taking a cue from two bands from the Krautrock movement, Amon Duul and Amon Duul II.  Notwithstanding the rather acute similarities of nomenclature (and the fact that they existed both simultaneously and in close geographic proximity to each other), Amon Duul and (the far superior) Amon Duul II were completely different bands. 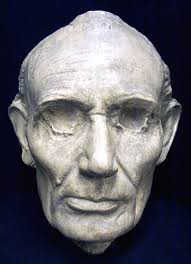 Despite being completely independent acts, Your Average Goat and Not Your Average Goat will both record concept albums about the Five Holy Wounds of Christ. It will all be an intentionally over-complicated and difficult to execute attempt to sow confusion.  In order to add further okra to this gumbo of puzzlement, at least one member in each group will be masked.  When you read that, it is likely that in your head you are seeing Mexican Wrestling style masks; as amusing as that might be, that’s not what I have in mind.  The masks I foresee (one being worn by a member of Your Average Goat, another different one to be worn by one, perhaps two members of Not Your Average Goat) will be accurate facsimiles of Presidential Death Masks.

To further complicate this picture, Your Average Goat will insist on releasing their album one audio channel at a time — first the left channel, then the right channel — and Not Your Average Goat will do the same, only in the reverse order.   In other words, although each artist will record their albums in two-channel stereo mixes, they will only release one channel at a time (I am uncertain, however, if the released albums will feature that single channel spread across both left and right speakers/audio channels, or if the released version will only have music coming out of one channel/speaker.  These are details that can be worked out later in consultation with the performers).

Also, even though both Your Average Goat and Not Your Average Goat’s debut albums will concern themselves with a musical description of the Five Holy Wounds of Christ and the manner in which these notable and historic wounds were inflicted and received, when played together in the left/right format which I have just described, an entirely new theme and concept will emerge:  when played simultaneously, the co-joined work will detail The Four Seals of Buddhism, namely 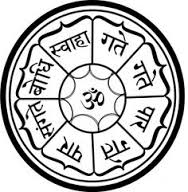 However, if this left/right dyad is not accurately synced up, who knows what will happen; the entire English-speaking world will be lousy with differing interpretations. “I believe they are singing about the Two Darrins,” someone will suggest.  “Ah, an inspiring paean to Emperor Constantine’s vision of the cross before the battle at Milvian Bridge!” someone else will say.  “This is a touching homage to the Lonesome Death of Tommy Cooper,” another person will offer.  “But Tommy Cooper died on live television,” a friend of the third person will counter,  “What could be less lonesome than that?”  “Ah, but you’re wrong,” their friend will say, with a sagely nod. “What could possibly be more lonely than dying on live television?”

Millions will become obsessed with this confusion, and inspired, endlessly, by the potential for its’ resolution. This confusion will be the balm for the modern world’s generalized despondency.

As for the specific musical genre(s) in which Your Average Goat and Not Your Average Goat will operate, that can all be worked out at a later date, though I somehow suspect that Not Your Average Goat will be a very good band, and Your Average Goat, well, not so good; and by “not so good.” I am not talking about Nickleback, Kansas, or Creed levels of suckage, but a subtler Atlanta Rhythm Section or Toto level of crappiness, with a certain Skafish, Wazmo Nariz or early-Devo quality of herky-jerky mixed in.  In regard to Your Average Goat, perhaps we will start simply by saying “Give me something that’s a cross between Toto and bad Pere Ubu” and take it from there, but don’t get all Primus-y on me.”  That should confuse the musicians suitably.


Because in confusion, we will find resolution.

For God so loved the world, that he gave the world Monkeys wearing Fezzes and Betty Rubble, that whosoever believeth in non-self and emptiness should not perish, but have everlasting life considering why Betty Rubble and Fred Flintstone have “normal” eyes with pupils and whites but Wilma and Barney have eyes that are all-black/all-pupil (except in certain episodes where Barney’s eyes are just circles with nothing but skin-color inside them, which is really, truly disturbing).

Forget the German’s White Flag Stunt, Watch this Brit Artist Use the Brooklyn Bridge as a Harp