Once upon a time, when we wore Adidas, watched Melba Tolliver, were confused by the suicide of Peter Duel and sang sweet songs about Beautiful Mount Airy Lodge, the New York Times was known as The Paper of Record. As a young man, I would scan your pages, fingers becoming ashen with The Ink of Wisdom, knowing that what I was reading was reliable and true.

You, New York Times, were my friend. You did not tell lies.

This weekend, New York Times, I read the following in your pages:

“Echo & the Bunnymen (Saturday and Sunday) Long before Garbage, Echo and the Bunnymen were only happy when it was raining. These British goths pioneered echoing, foreboding effects in their gloomy post-punk, and spurred on many future rock malcontents, especially with their hit single “The Cutter.” Still clad in black, literally and sonically, they released the album “Meteorites” this spring. Saturday at 8 p.m…”

In the words of Ralph Nader, “One hardly knows where to begin.”

First of all, Stacey Anderson (for she is the writer of the seemingly random assemblage of irrelevant words and adjectives quoted above) appears to have scribbled this brief and woefully inaccurate assessment of Echo & the Bunnymen solely based on the fact that they may have once been pictured dressed in black and have a song called “The Cutter.” Let’s address these things:

After R.E.M., Echo & the Bunnymen are the second greatest elegiac guitar-based alt band of the 1980s. Yes, seriously. The Bunnymen channeled the Doors, the Beatles, the Beach Boys, Love, and the bittersweet melancholia of 1960s high-style Britpop (Small Faces, Pet Clark, PJ Proby, Chris Farlowe, even Gene Pitney) into an absolutely original mofungo of majesty, grace, power, and drama. First of all, Ms. Anderson (if I may now address you more specifically), they were not a “gloomy” band, a la Bauhaus or the Cure; the Bunnymen were a band of many remarkable hues, were constantly joyous and life-affirming, and honestly, they had more in common with the Beatles than Bauhaus. Secondly, you may be the FIRST person to you use the word “Goths” when talking about the Bunnymen; for some reason, you have lumped them in with the aforementioned Curehaus (apparently you saw a picture of them wearing black), and to be absolutely honest, that’s just a ridiculous error, no less glaring than calling (and I am being totally serious) Matchbox 20 a grunge band (they used guitars, too! They were around in the ‘90s too!). You could even make a better (better, but still not correct) case for the Smiths being a Goth band, because at least the Smiths, unlike the Bunnymen, sang regularly of things like comas and child murderers.

Which brings us to the most egregiously moronic thing in Ms. Anderson’s blurb, an error so outlandish as to be actually, well, beautiful: Ms. Anderson’s conclusion that the Bunnymen must be goth and spur on “malcontents” because they have a song called “The Cutter.” It is true that the lyrics to “The Cutter” do, in fact, seem to deal with the consideration of suicide. Well, another Liverpool band called The Beatles had a song called “Run For Your Life” which included the lyrics “Id rather see you dead little girl/Then be with another man…catch you with another man/that’s the end, little girl” — SO I GUESS THE BEATLES SPURRED ON MANY STALKERS AND DATE RAPISTS, CORRECT?!? The Bunnymen, like the Beatles, had songs about a lot of other things, too, and very, very little of ANYTHING ELSE about their music, their lyrics, or their overall gestalt conform to this idea of goth/suicide/darkness, EXCEPT FOR THE TITLE AND SUBJECT OF ONE FUCKING SONG (and the music to the song itself is actually quite glorious and upbeat).

Now as for your comments about their “sound,” apparently, Miss Wellonmellon, I mean Ms. Anderson, you can’t tell the difference between a musical palette that is creative, sonically investigative, and elegiac and one that is “foreboding.” You use this crappy and simplistic word to dismiss the entire range of (guitarist) Will Sergeant’s skills; Will Sergeant is a fucking painter, Ms. Anderson, he is influenced by Phil Manzanera and Bill Nelson and Michael Rother and Vini Reilly and other great custodians of The Land Beyond Bar Chords; he is an artist, and to dismiss him as some fucking goth with an effects pedal, is, well, moronic.

Listen, Ms. Anderson: I was there. I knew Jack Bunnymen, and Bauhaus, Sir, were no Jack Bunnymen. Wait, where was I? Oh, okay…Listen, Ms. Anderson: I was there. Echo & the Bunnymen, with their indescribably rich, layered template of electric and orchestral sounds, punk-sired power and middle eastern flavors, all tethered to a constant and rewarding quest to mix the sugary with the epic, were one of the very, very best alt bands of their era, and deserve far, far better than the be dismissed as just another gang of Goths clad in black churning out music for the gloomy masses. Not only that, but the Bunnymen were a deeply powerful, spontaneous, whipping, soaring, sexy live band, full of rolling rhythms and lissome, serpentine poise; they were the ONLY band of their era who could come close to matching the drunk-angel poetry-party joy of ’82 – ’84 R.E.M. Sadly, although the Bunnymen made PHENOMENAL singles, like “The Cutter,” “The Killing Moon,” and “Lips Like Sugar” (their incredible run of majestic, crafted, whip-smart and whip-sharp singles, rife with towering venetian-glass pop glory, were actually NOTABLY superior to any similar span in the career of R.E.M. and the Smiths), they never quite brought it together for one epic start-to-finish album, as Smiths and R.E.M. did (or even The Cure – my god, when’s the last time you listened to Faith? WHY, oh why don’t more people talk about what a singular achievement that album is?!? But that’s another story, isn’t it?). But regardless of this flaw, the Bunnymen deserve far, far, far,

far better than to be the subject of such ignorance in the Newspaper of Fucking Record.

Oh, by the way, I guess Bob Dylan was a British invasion artist because he had a song called “Like A Rolling Stone.” Seriously, Ms. Anderson, that’s the level you’re operating on here, which is terribly, terribly sad, because, THIS ATROCITY, this erroneous and ludicrous dismissal of a great and important and popular band, occurred not on some annoying blog site run by Fieldston grads peeing into sinks in Bushwick, but

IN THE NEW YORK FUCKING TIMES.

See, dear New York Fucking Times, YOU ARE THE NEW YORK FUCKING TIMES. Once upon a time your pages RANG with the rich, pointed, erudite, learned and descriptive words of Tim Page, John Rockwell, Karen Schoemer, even Jon Pareles, people who knew about music, who never would have made an error like this, who wouldn’t have made an erroneous, generalized assessment of a once (very) popular band JUST BECAUSE THERE WAS A PICTURE OF THEM DRESSED IN BLACK AND BECAUSE THEY HAD A SONG CALLED ‘THE CUTTER.” I guarantee, Ms. Anderson, that there are many, many young writers out there, perky alumni of Barnard or Reed or Emerson Hamilton or NYU or god forbid even Fordham, who could JUST AS EASILY ERRONEOUSLY SUM UP AND DISMISS AN ENTIRE BAND’S CAREER SOLELY ON THE BASIS OF A PICTURE AND A SONG TITLE. See, even I can do it! “Nirvana, who appeal to followers of Cream and the Police because they are a power trio, are much loved by fans of classic sitcoms due to their song ‘Floyd the Barber’.”

Ms. Anderson, I am sure you are a perfectly nice person, but this is important: re-read that last quip about Nirvana. See, that’s exactly what you did, and that’s why I am so angry. You wrote something that dumb. You may be a nice person, you may be a good writer, when you were at Oberlin you may have impressed a member of the Strokes by making a reference to the Lemonheads, but you just made a really offensive mistake, the kind that indicates that either a) your shouldn’t be writing for the New York Times, or b) that the New York Times standards have plunged lower than the neckline on a slutty cockroach (see, the NECKLINE ITSELF is low, because the cockroach is a SLUT, and BECAUSE it’s a cockroach, it’s particularly LOW to the ground; SEE WHY THAT WORKS?). 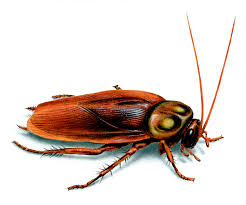 Finally, Ms. Anderson, you’re probably the type of person who listens to a lot of Radiohead. Some advice: if you’re listening to anything except for The Bends (a thrilling and remarkable true rock record of almost Who-like depth and power), you are wasting precious time, nodding your head sagely while wearing headphones, scanning all those pauses and anti-melodies for deepness. Stop wasting your time and listen to Porcupine Tree, who are the real thing.

Oh, and consider taking the LSATS.