I tell The Turtlenauts of Zond 5 about the Replacements, Joe Ely, Phil Ochs, the Mekons, and the lack of a true self

Although tortoises are not mammals, humankind should remain in awe of the achievement of Bek and Lek, two tortoises who circled the moon on September 18, 1968. 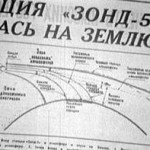 This is not fantasy: In 1968, the Soviets Russians were frantically attempting to beat the Americans and the Apollo space program to the moon.  They launched the Zond 5, with Turtlenauts Bek and Lek on board, to see if living creatures could survive a trip to the moon and back.  They did, and our two shell-back friends became the first living creatures ever to reach the moon.   The Soviet’s plan to follow up Lek and Bek’s pioneering adventure with a manned flight was abandoned when it turned out the Apollo program was much further ahead of schedule than the Soviets had imagined. 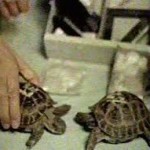 Recently, I asked myself the following question:  What if Bek and Lek returned from space as fully sentient creatures, but Soviet secrecy and the equally obfuscating bureaucracy of the post-Soviet Russian governments prevented them from leaving the grim lab in the Urals where they had been ensconced for 45 years?  When finally exposed to the daylight of the modern world (having been freed by a quirk of the very same bureaucracy that had imprisoned and forgotten them), what kind of questions would Bek and Lek have that I, a noted pop-culture and music authority, could answer?

Bek & Lek:  Tell us about the fabled American Beauty, the Mayim Bialik.
Tim Sommer:  She inspires great men to stirring deeds. In this sense, she is like Zipporah, the wife of Moses, or Jolene Brand, the wife of Laugh-In producer George Schlatter.
B & L:  I know of this show Laugh In!  “Sock it to me,” and suchlike hijinks.
TS:  Yes.
B & L:  Tell us a little about this band, The Replacements.
TS:  Every musician must recall that at any given show, perhaps 80 or 90 percent of the audience is seeing them for the first and likely only time.  Whether they are playing in front of 8 or 8,000 people, a performer needs to treat their audience as the only audience they will ever play in front of, the best audience they will play in front of.  Therefore, an artist must never throw away a show, and no band, not even the freaking Beatles, is better than the worst show they play. Personally, I saw the Replacements play five times; I guess I saw five “off” nights.  If they were a truly great band, and I understand a lot of people feel that way, the band simply didn’t feel that every audience was important enough to know that, and that’s just horrible.  Also, the alternative music fanbase in the 1980s was largely made up of geeks and the bullied (myself amongst them); I think the Replacements fulfilled a certain need we may have had to believe there was a Van Halen-esque licentiousness and devil-may-care attitude within each of us, when really, we were just people excited about finding out-of-print Lyres 45s and over-paying for Echo & The Bunnymen import 12-inch singles because they had non-album b-sides.  The Replacements are also romanticized for a few over-sensitive ballads, but I can show you a dozen artists from that period who did that sort of thing far better, or at least as well, and they did it without despising their audience and abusing the extraordinary privilege of being able to play original music in front of people for money.  I mean, start with Chris Bailey and the Saints, listen to their fucking ballads.

B & L:  Tell us about Joe Ely.
TS:  Excellent question. Joe Ely, Joe Strummer, and Bruce Sprinsgteen are all essentially the same artist, and that’s a beautiful thing.  Each has attempted to channel Woody Guthrie via Sun-era Elvis; each wants to tell the story of the American experience via the character of a muscular guitar-slinger, sensitive but with sand in their teeth.  Each wanted to simultaneous wear Dylan’s wise-ass bookishness and Marlon Brando’s muscle-tees, each wanted to feel the world through the boots of the workingman yet see the world through the owlish-eyes of Ginsberg.
B & L:  That’s a very impressive description.
TS:  Yes, I thought so too, thank you.  If you want to turn that trio into a quintet, add Patti Smith and Paul Sanchez, each of whom have a very similar worldview and ability to translate that vision into extraordinary art.  Patti adds some shady, shadowy art to the mix, Paul adds some hot sauce.
B & L:  Speaking of “devil may care,” Is there a God?
TS:  You are sentient, talking turtles that have been to the moon.  Shouldn’t I be asking you that question?
B & L:  No.
TS:  Well, there is Abba, and there is Nick Lowe’s production on his Jesus of Cool album — these may be a sign of some higher power.
B & L:  Who are the quintessential American artists?
TS:  I’d have to go with Louis Armstrong and Phil Ochs.  Each told the story of rich, troubled century, spotted with joy and tragedy.  Each spoke in an essentially and exclusively American vocabulary, discarding the frippery of England or San Francisco. Here, you should listen to the Ochs’ song “When In Rome.”  It tells the story of America, a place of hope and disappointment, through the eyes of one deeply troubled troubadour, a once optimistic man that experience has turned cynical.


B & L:  But it’s 13 minutes long.  Are you going to make us listen to that whole thing?
TS:  You watched eight straight episodes of American Horror Story Coven last night, I think you can spare 13 minutes.
B & L:  We’re not sure.
TS:  Tell you what:  just listen, at your leisure, to Ochs’ Rehearsals For Retirement album.  It tells the story of the death of idealism in America.
B & L:  Gee, that sounds like fun.
TS:  If you want fun, listen to Slade or BTO. By the way, “Hey You” by BTO is an extremely satisfying song, plus it is essentially the template for all Nirvana and Pixies songs.
B & L:  If we only have time to listen to one song right now, what should it be?
TS:  “Where Were You” by the Mekons. It reduces rock’n’roll to its absolute essence:  two chords and thwarted desire.

B & L:  I count four chords.
TS:  I am not counting those passing chords between the verses and I don’t think you should, either.
B & L:  We have to go to lunch, and then someone is going to show us how to set up a Kindle account and explain to us the cultural context of the British “Carry On” film series.
TS:  Don’t bother buying Ulysses by James Joyce just because you think you should.  You’ll never read it, or much of it, anyway, and if you want to feel smart yet still be entertained, you are far better off reading Rushdie or William Gaddis.
B & L: — Before we go, Tim, do you have any final words of advice?
TS:  Whenever even the most cursory examination is applied, one finds that the self is made up entirely of non-self elements.  Seriously.  Remove the word “I” from any idea, or dialogue — especially a self-dialogue — and very remarkable things happen.  That’s because there is no “I.”  There is no homunculus sitting somewhere in our brain consistently infusing some consistent or permanent idea of self into all our actions and decisions.  There are just an infinite number of ever-moving, ever-changing parts adding up to the constant reality of dependence arising.  As Chandrakirti said, “Afflictions and faults arise from the false view of a transitory collection.  Having understood that the object of this is self, negate self.”
B & L:  Homo-what-culus?

War: Not Just something Roger Waters whines about.