The Pepsi machine in the stairwell of the Super 8 motel outside of Dothan, Alabama refused to take Dave Grohl’s dollar.  He smoothed out the bill and fed it into the slot a third, fourth, and fifth time.  No luck.  On another occasion, he would have given the machine a good whack with his Converse; but he just didn’t have it in him tonight.  He crumpled to the floor, back against the machine, and wadded up the dollar and threw it into a corner. 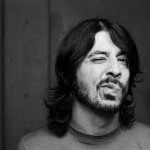 That night, he had made a surprise appearance at a meeting for Dollar General Employees of The Gulf Coast.  He had seen an online ad trumpeting “Dollar General’s Tribute to HR,” so he had showed up at the George Wallace Memorial Convention Center, drumsticks in hand, ready to join the band for a version of the Bad Brains’ “The Big Takeover.”  But it turned out that the “HR” stood for Human Resources, and there wasn’t even a band there (just a DJ, playing “Captain of My Heart” and “The Logical Song,” over and over).  Grohl ended up standing in the parking lot in front a bunch of heavy-set women humming songs by the Wipers, a situation that seemed to antagonize the locals. 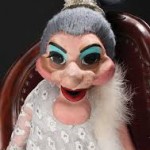 It was his third surprise guest appearance of the week; on Friday night, he had sat in with the band at Jefferson Davis Middle School in Frankfort, Kentucky when they played a medley of Wings’ songs for the 8th Grade Academic Awards Presentation; and on Saturday, he had been in Clearwater, Florida, to guest-drum with Kansas on TBN’s We Love God’s Country Best of Christian Music ’14 show starring John Davidson and Newly Re-Born Madame.

But tonight had not gone as planned.  Not only had he been misled by the Dollar General Event, not only had the soda machine rejected his dollar, but the Mitsubishi Mirage he had rented did not have Satellite Radio, a cashier at the Sonic had ridiculed his lack of a chin, and most significantly, U2 had performed that very night in Times Square with Bruce Springsteen and Chris Martin, and NO ONE HAD INVITED HIM.

How could such a thing have happened, he wondered, cradling his head in his hands, his sneakers sticking to the Mountain Dew stained floor.  You can’t have something like that without me!

Grohl had been a part of every single moderately-visible all-star guest opportunity since the night in Spring, 2002 when  he had joined Steve Morse, Captain Sensible, Leonard Phillips and Jim “Dandy” Magnum to run through a couple of Dickies songs at a Salute to the Cocoanut T-Zer.  Anytime and anywhere a reasonably recognizable punk rock semi-icon was needed, he had been there (of course, there was the time in 2008 he had missed the chance to sit in with Foghat  at the 5-Cherries All-Slots Casino in Tunica, Mississippi, but that’s only because Bobby Rondinelli had a CB radio in his van and heard about the gig first).

But he was a NATURAL to sit in with U2!  That was a NO-BRAINER!  And he HADN’T EVEN BEEN CALLED!

Soon, there were hot tears running down Grohl’s face.  He wrapped his arms around his knees, and tucked his head so low to the concrete that his newly dyed locks brushed some discarded Parliament Menthol butts that had been left near the vending machines.  He cried so hard he began to feel faint.

Suddenly, he became aware of a strange, chilled mist in the air; it felt like when you turn the air conditioning in your car too high on a rainy day.  He raised his head.  There was a peculiar brightness to the sky; it soon became so bright that he had to shade his eyes.  The vapor and the change in the air began to coalesce in one location, just a few feet in front of where Grohl sat, and about six feet off the ground.  The only thing Grohl could think was that it was like when the Good Witch appears in the Wizard of Oz.

“Kurt…Kurt, is that you?”
“OF COURSE it’s me.  Who did you think it was?  Lonesome Dave from Foghat?”
“Funny you should mention that, because I was just thinking –“
“SHUT THE FUCK UP!”
“Oh…okay.”
“Dave…You need to chill out, man.  Take a little break.   You are everywhere. I mean you’re more over-exposed than MC Hammer.”
“MC Hammer?”
“I’ve been dead for 20 years, remember? My cultural references are a little, uh, stale.

These last words were spoken by a new specter, pale, fuzzy, and green, that had appeared alongside Kurt. 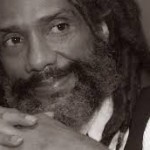 It was indeed HR from the Bad Brains.

“BUT ANYWAY,” the Kurt poltergeist interrupted, “Listen, man, you don’t need to be the Official Party Guest of rock’n’roll.  I mean, you’re a perfectly good musician.  I like your stuff.  I mean, I liked it more when they were Husker Dü songs, but all in all, you do a pretty good job.  You can just lay back a bit.  You don’t need a TV show.  You don’t need to back every 14-year-old country muppet at every country awards show.  You literally don’t prove a thing by proving you’re good enough to play with, oh, I don’t know, Zac Brown.  I mean, Zac Brown, for the love of the baby Jesus?!?  You played with ME.  What more do you need to prove?  I mean, you played with ME,  you played with Kurt Fucking Cobain.  You were MY drummer.  Go ahead and make your nice little REO Green Day records, go right ahead, but you were ALREADY part of the greatest show on earth. I mean, go right ahead and sit in with Mission of Burma every now and then, but you have totally taken this thing too far. Is the world a better freaking place because you played with P Diddy or Juliette Lewis?!?  Just freaking relax. I mean, you’ve done really, really well for the guy who replaced Dale Crover.  Plus you’re STILL doing better than Dave Pirner.”

“Dave…Dave, are you paying attention?  Seriously, man, you’re like the thing that fucking wouldn’t leave.  Were you like the middle child, or something?  WHY do you need so much attention?  You’d think being Nirfuckingvana’s drummer, and having a few hit records on your own, would be enough.  But here you are showing up on every freaking talk show that’ll have you, it’s sort of like the way Mason Reese was in the 1970s.  Except he never played with Nirvana, so he had an excuse.  Dave?  DAVE?!?”

But Dave Grohl wasn’t listening.  He was just finishing writing a text.

Kurt began to fade back into the ether.

“See, it’s like this, brother Kurt… I’ll be everywhere—wherever you look. Wherever they’s a moshpit full of people who can’t tell Nickelback from Fugazi, I’ll be there. Wherever there’s a ‘70s rocker and a camera pointed in his or her direction, I’ll be there…Wherever there’s an awards show and some country pop artist singing some song written by some team of hacks, I’ll be in the back bashin’ at the cymbals…Anytime there’s a billionaire rapper or hack movie star lookin’ for some credibility by having a famous rock’n’roller collaboratin’ with ’em, I’ll be there… An’ anywhere there’s a network exec looking for someone who middle America thinks stands for rock’n’roll—why, I’ll be there, too. See you soon, HR, and happy trails, Kurt – I gotta make a plane to Los Angeles.  ‘West Side Pow Wow’ won’t learn itself.”

The People Of The Internets Love Vine And Brooklyn Heights

Tracing the Transit System, 1940-1968 – an evening with Andrew Sparberg