Before we were swept away by every passion that would occasionally or eternally define us, we were defined by our passion for baseball.

Still years away from double digits and a squeak too old for dinosaurs and certainly too young for dinosaur rock, barely waist-high to the World of Fathers, pre-political and pre-sexual and only having eyes for Quisp, we made it our mission to learn and love baseball. We sat in front of Motorolas and shrieked like the children we were and encoded events and numbers just like the adults did. 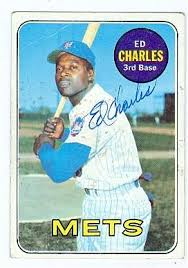 And nothing had ever made us feel like adults before, I mean nothing, even the summer’s Apollo Dreams Come True left us feeling awed and small; but baseball was beautiful and sensible and ripe to be shared with the adult world.

Baseball also gave us our first sense that there was a loyalty to a locale. We had a team, that team belonged to us, all because of an accident of residence, we were suddenly aware that we were from New York, or we were from Boston or Baltimore, or we were from Los Angeles or St. Louis. We knew America through the geography of team loyalty.

And baseball came with a story, too, and not just a story, it came with a history, a timeline, and a sequence of events to be learned and memorized. Before I knew all the tragic and fascinating legends of America, before I knew who John Wilkes Booth was or who Judah P. Benjamin was or who Julius and Ethel Rosenberg were, I knew of the rich history of baseball, full of wartime deprivations and sepia’d heroics and racism and the died young and the aged and honored. I could barely ride a bike but I knew of Kenesaw Mountain Landis and William Shea and Horace Stoneham and Curt Flood. And it was entertainment, too, on Channel 9 and on WHN and even in Life Magazine, before I was swept away by accounts of the great Hollywood/Vaudeville diorama, when I knew not of Welles or Jolson or Jerry or Dean, I knew of the amazing characters and actors and comedians who made baseball an enthralling show, Dizzy Dean and Lindsey Nelson and Casey Stengel and Yogi Berra and other beautiful names that did not seem improbable to a child. 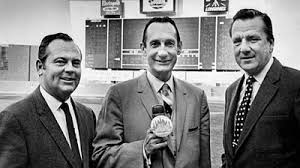 And baseball was news before I could even comprehend the power of news, when Spiro Agnew was just a rumor, baseball caused me to care deeply about the actions of adults who were strangers to me, and inspired me to carefully read the names of these men in newspapers and listened closely to hear their names on the nightly news.

Which is all to say: when I had only just stopped believing in Santa Claus, when I barely understood death and still made my parents swear they would never die, when sex was a curiosity to be inspected in the bath and not an ugly or spectacular obsession, when the rules of life were simply to be fed and evade the wrath of teachers and parents and to avoid skinning a chin or knee, I had baseball, my first complicated lover, the first non-self object of interior obsession and first non-fantasy facilitator of social interaction.

I had my first point of entry into anything that could reasonably be termed an adult or social world.

And my team was the Mets. Any child could identify with their underdog story, any child could feel pride in those bright blue and orange colors and the post-mod stadium they played in: all these heroes on a field in the shadows of the space age and sky-high small-world World’s Fair towers! It was a time of perfection, cheap beauty and triumph and tragedy were provided every day, the Mets taught us about winners and losers and characters and even taught us numbers and compelled us memorize a TV schedule and made us wonder what kingly men drank Rheingold, and before we had turned 8 we could tell you who Jane Jarvis was and who Joan Whitney Payson was and we could point to a map and know this is where the Seattle Pilots played, and they spoke French at Le Parc Jarry and they stood for another strange anthem there, we knew this, too, and we could identify the handsome young mayor who threw out first pitches, and Hanoi was far, far away but we knew where Wrigley Field was and where the miraculous Astrodome was and where Metropolitan Stadium was and who was this Pear Bailey and Louis Armstrong sitting in the box seats with smiles and hats? And thanks to baseball 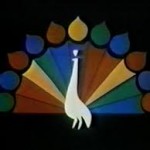 My world exploded with thoughts and facts and memories in Living Color (cue NBC Peacock) and all the vague mist of earlier recall becomes just an occasional snapshot or snatch of dialogue. 1969 was my first year as a person who interacted with an outside world of events, and the New York Mets were my ladder, my frame, my guide, my dictionary, my calendar, and thanks to the Frame of Baseball the homunculus that lay dormant within my child body arose and found a voice.

And it was a weekday, and the news spread across the dark-olive yellow seats of the school bus with more electricity than the revelation of a snow day, and we hoisted our bodies out of windows to carry the news, and we cheered because all children are underdogs and we identified with this unlikely triumph. Finally, after early childhood mumbles and toys that seemed like baby toys alongside the new baseball mitts and clean crisp baseball cards of our 1969 world, we had found an adult voice, with which we burped eternal cheers and the confident shale of statistics. Let me say again that in that beautiful year, age 7 and informally exempt from understanding the joys of Woodstock and formally immune from the darkness of Vietnam and completely susceptible to the extreme high of the moon shot, my homunculus, my sense of self as a fully formed adult inside a small-persons body, is born in Shea Stadium’s deep bowl, and forever Shea’s smell of stale beer and air-borne cigarette smoke would be the smell of adulthood; and every detail of Baseball ’69 gave me new language and assigned thoughts to words and emotions to thoughts.

I was alive prior to 1969, I just don’t remember it. The New York Mets were the agent of my memory; before that everything is just scraps. But New York Mets, you were my first Kinks, my first Beatles, my first kiss in a Spring Street doorway, my first time I heard the Ramones or the Velvet Underground, my first first that I can attach language too, that I can assign an adult feeling to, my first sequence of events fully bronzed into memory where there is a before and an after and, thanks to the New York Mets, an always.


Q&A: Heather Quinlan Talks About Her ’86 Mets Documentary and the Kickstarter Campaign to Get it Made