Kill your idols is a potent phrase.  It is also extremely reasonable and important spiritual and artistic (though not literal) advice. In the 1980s, ’90s, and beyond, in its’ truncated “Kill Yr Idols” form, it also became a powerful pop meme, to be seen on lunchboxes, t-shirts, bathroom walls, record sleeves, and as many etceteras as there as ets in the cet.   I don’t recall “Kill Yr Idols” being a commonly repeated phrase, until it appeared as the title of a Sonic Youth song in 1983.

That Sonic Youth song was about me.

So I take a little credit for the expansion of this meme, a story I shall share imminently.


But first, some words from The Diamond Sutra, in which the Buddha offers advice about the perfection of emptiness to his elder student, Subhuti:

In 1982, I was living in a peculiar studio duplex on Thompson Street with my great friend, Kevin Hogan.  Kevin was (and is) a beautiful actor.  He is suitable for all parts calling for a middle-aged man of almost feline handsomeness. I was also writing, avidly and aggressively, about avid and aggressive rock music for a number of national and international music publications.  I had been doing that since I was 16 (in 1982 I was 20). 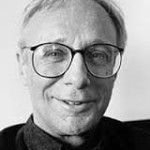 Robert Christgau, mentor of the author, nemesis of Thurston Moore

One of the publications I wrote for was the Village Voice.  Robert Christgau, who ran the pop/rock section of the paper, was not only a legendary music journalist but also a brilliant, astute, and patient editor who took great time to mentor me. Then, as now, I have nothing but really positive things to say about Christgau.

Simultaneously, I was forming a close relationship with Thurston Moore. I had taken a fierce and early interest in Thurston’s then-new band, Sonic Youth; I thought their feral, foaming, spiky, joyous, raucous, abrupt, grinning, slashing performances, usually in front of a dozen or so people in cellars in the far East Village, were amongst the most visceral and honest manifestation of pure rock’n’roll I had ever seen. I wrote about them every chance I got. Thurston and I were also playing together in (one of the many incarnations of) Even Worse, Jack Rabid’s quasi-legendary and/or pseudo-legendary New York punk rock band. My time in Even Worse (I was in the band from June ’82 to January ’84, Thurston for about ten months or so beginning in June ’82) is an entirely separate yarn, and although it is a wonderful and tragic-comic tale, it would only serve to unnecessarily complicate the story I am trying to tell here, so let’s pretend I never even mentioned it, okay?

I will, however, add that I was hanging out with Thurston a lot: going to shows with him, occasionally hiring him to transcribe interview tapes for me, and visiting him at Rockefeller Center, where he was selling Dove Bars off of a cart.

Anyway, Thurston had some kind of issue with Christgau; to be frank, I don’t quite recall where or how this began, but it led to Thurston being quite agitated that I had a good relationship with Christgau (not that we discussed this a lot; however, I do recall long conversations about a band Thurston and I wanted to start that was to be called Glue, dedicated solely to playing the riff to SSD’s “Glue” over and over for forty minutes).

(This is “Glue” by SS Decontrol; pretty great riff, huh?)

In mid-1983, Sonic Youth recorded and released a song called “Kill Yr Idols,” first issued as a 12-inch single, not too long after their (honestly) incendiary and essential album, Confusion Is Sex.  The first thing I noticed about “Kill Yr Idols” was that it had something you could call a concrete riff; in fact, the riff was such a sharp, chopped, and slashing object that it immediately announced that Sonic Youth’s future was going to be something distinct from its’ past.  The beautiful, hoarse, woozy bursts of bristles and wonks that filled Confusion, sounding like a sharp-nailed ferret attacking a box of Brillo steel wool pads, contained virtually nothing to prepare us for the almost AC/DC-ish old-school riff that inaugurated “Kill Yr Idols.”

The second thing I noticed – in fact, I think it had to be pointed out to me, because I was so swept away by the magnificently rockist riff that had announced the song and the “new” Sonic Youth – was the opening lyric:

And that was unmistakably about me.  And I am goddamn proud of that.

Regardless of Thurston’s somewhat purposeless attack on one of the most supportive, literate, and intelligently provocative music journalists I’ve ever met, 30-plus years later, Kill Yr Idols remains exquisitely sharp advice.  By lovingly investigating the fact that not one of our favorite artists’ achieves perfection, by demolishing the myth of infallibility (even amongst our most sacred cows), we can truly appreciate the native and acquired genius of these artists; for instance, the Beatles are an amalgamation of imperfections, rendered with invention and sweat; no person seeking perfection would have the courage to create something as startling as The White Album, or London Calling, or White Light White Heat, or Pet Sounds, or Pink Flag, or Soused.  These works are all acts of extreme courage, which is to say each of these masterpieces, full of distortion and majesty, are about human and artistic flaws, rendered with energy, passion, and creativity; in fact, the very definition of creativity is seeking perfection by taking imperfect roads.  When you believe in the god-like infallibility of the artists you love, you virtually demand that they deny the human qualities and the potential for exploration (brilliance is often the result of error) that leads to groundbreaking events and “genius.”

Kill Yr Idols.  Or at the very least, recognize that not only is no one infallible, everything in life is suffused with impermanence; and impermanence not only makes all life possible (imagine a river that does not run, a blade of grass that does not grow, a sun that neither rises nor sets), impermanence, which is to say the quality of variation of influence and skill and the willingness to err, makes all great art possible.

“Then the World-Honored One spoke this verse:
Someone who looks for me in form
or seeks me in sound
is on a mistaken path
and cannot see the Tathagata.”

Hot Bird Bans Children, Reigniting the Kids in Bars Debate in Brooklyn, But It’s Really About Something Else

Tell the Bartender Episode 48: The True Meaning of Thanksgiving, Revealed