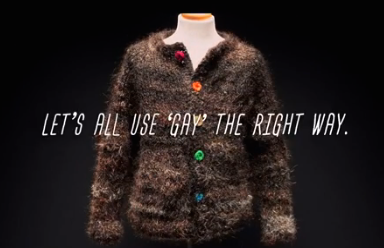 In a world where calling something “so gay” is almost without fail a cut or put-down, some smart folks came up with the strangest, and yet ultimately most powerful response: they created the world’s very first truly “gay object.” It’s a sweater. And yes, it is a gay sweater–made from the hair of living, breathing LGBT people.

So you think it’s cool–or even simply acceptable–to call something “gay”? Well, here you go. This sweater certainly is, and you can call it that without argument from anyone.

Noise, The Column: The Long Echo of Steve Rossi and Stuart Sutcliffe