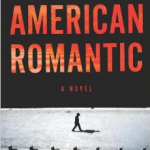 At an early stage of the Vietnam War Harry Sanders, a young foreign service officer and the hero of Ward Just’s new novel “American Romantic,” is posted to Vietnam. His job involves inspecting American-funded development and medical projects, but he takes in more as he observes the countryside. Back in the capital, Harry begins a brief affair with a German woman, Sieglinde, who leaves the country almost as soon as the affair begins. The Ambassador, Basso Earle, asks Harry to undertake a sub rosa mission, a top secret operation which must remain “deniable in case this somehow leaks.” Harry agrees to the mission, a response to a feeler from the guerrillas which may or may not be genuine.

Nothing in Harry’s heretofore privileged life – Harry is from Connecticut, his parents regularly socialize with a US Representative, his father owns a Marsden Hartley – has prepared him for this mission, during which Harry is abandoned by his revolutionary escorts somewhere in a jungle. He rises to the occasion, facing down hunger, thirst, snakes, a very wet path and at least one armed man. Somehow he finds his way out to a road, where a truck picks him up and deposits him outside a US government installation. Harry’s feet are ruined – he must use a cane for much of the rest of his life.

After he leaves Vietnam Harry’s career follows an expected arc – as Just puts it, the “Department looked after Harry,” with postings in South America, Africa and, eventually, Europe. Harry marries May, a woman from Vermont, who is perhaps not quite as prepared for the life of an American blue-blood as Harry might wish, but who manages during brief visits to Washington, and who is quite at home during much longer stays in overseas postings. Harry mulls over his encounter with the armed soldier throughout his life, telling the story to himself and, eventually, to others, looking for an interpretation. It is part of him, yet it’s an event he considers at a remove from himself. In Just’s telling Harry’s story is a fascinating look at how one integrates the experiences of a life. Harry doesn’t use his experience as an excuse, though it was evidently quite traumatic, or as a crutch, but it is there, perceptible, all the same.His secret, or perhaps secrets, since he never forgets Sieglinde, travels with him, and May develops her own regrets and secrets.

“American Romantic” is a quiet novel, whose observations and insights come from deep within the observer’s brain; the feeling is only emphasized by Just’s renouncing of quotation marks – every statement might be a thought, or an utterance, and it’s up to the reader to sort out which. “American Romantic” is also a look into a privileged life, with some lovely flashes of wit. Here’s an incident at a Washington diplomatic reception:

The Polish ambassador, in high good humor, was explaining that he and his wife had a parlor game, identifying the causes of World War I. They had a dozen or more causes, the development of the battle tank, the murderous example of Antietam, the general boredom in the chancelleries of Europe among them. And now they had a fresh candidate, utterly unexpected, most interesting.

This was the thrilling insight of his compatriot the great poet Milosz. Milosz proposed that in the years before the Great War, Walt Whitman was widely known and revered throughout Europe, but had a truly fanatical following in just one country: Yugoslavia.

Is Harry’s a successful life? Looking back at the end of his life, Harry seems to conclude that it’s been a satisfactory life. Isn’t that all one can ask? “American Romantic” is a beautifully written and deeply memorable novel, one that repays a slow pace and a some reflection. Take it with you on your next vacation.