Visitors packed into the Urban Folk Art Gallery on Friday night to feast their eyes on a visual banquet served up by creative talents from the eateries and bars along Brooklyn’s Restaurant Row (aka Smith Street) at the opening party for the “Guest Check” collective exhibition.

“I think it’s great that businesses on this street came together to support the people who serve the community,” said attendee Betsy Wise. A sales associate at the nearby Soula shoe store, Wise stopped by to congratulate her friend Danielle Onesto, one of the 11 artists featured in the show. 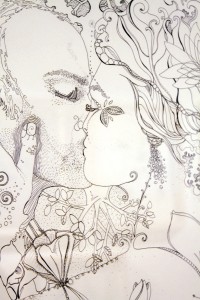 Onesto, who was celebrating both her birthday and her first public exhibition, said she had never shown in a gallery before because her work is so personal to her. But when a colleague at Robin des Bois mentioned that “Guest Check” would be focused solely on artists who also work on Restaurant Row, Onesto was intrigued enough to show Urban Folk Art Gallery co-owner/co-curator Adam Suerte her ethereal portraits that were selected for the exhibition.

“It’s nice to see people who make art and are supporting themselves by doing the dirty work,” said Onesto, who holds a Master’s degree in art education from Pratt Institute. “Waiting tables and making drinks is how we get by. I’ve worked in restaurants for eight years and everybody is creative.”

Indeed, the pieces on display in “Guest Check” represent an impressive array of artistic talents, whose work encompasses a broad range of mediums.

“When Adam (Suerte) opened the gallery, we started brainstorming and we thought this exhibition would be a great introduction to the talent that works on Smith Street,” said co-curator Robert Bonhomme. Now an established tattoo artist at the adjacent Brooklyn Tattoo shop that Suerte co-owns, Bonhomme previously worked in the service industry as a bartender and manager for 11 years, during which time he organized exhibitions similar to “Guest Check” in Portland, Oregon. By bringing this same concept to the Urban Folk Art Gallery, Bonhomme opened up the opportunity for him and Suerte to delve into the well of creativity located just outside their door.

“They’re right across the street,” noted Pacifico bartender Jarett Gibson, whose acrylic paintings of hauntingly beautiful, bare-limbed trees are included in the exhibition. “After they’re done working, they come over here and have a bite to eat, so I got to know them that way. It’s this symbiotic relationship that I think has really helped to bring a lot of people together.” 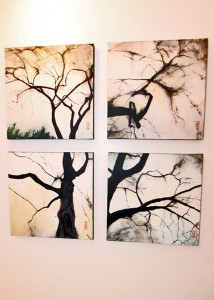 “I love the concept that they came up with, in terms of having us show what we do outside of the service industry,” added Gibson, who studied fine arts at Cornell University. His recent paintings, which are influenced by Asian woodblock prints, are based on images of Brooklyn trees that the artist photographed during his 40-minute walks to work from his home in Crown Heights. “I started siphoning through them and finding really striking images and breaking them up compositionally… and then went from there,” the artist explained.

“This was the perfect storm,” Gibson noted of the group exhibition. “We’re all here and we’re all excited about it.”

Gibson’s sentiments were shared by many, as the night provided a wonderful opportunity to gather the local creative community together under one roof. “There has been a good turnout,” said artist Chris Kinsler, a part-time barback/bartender at Bar Great Harry, who studied printmaking and photography at Columbia College.

For his work in “Guest Check,” Kinsler utilized stippling to create abstract studies of time and space composed of up to 1,000 dots. “I just start with one dot and keep going until I’m satisfied . It’s more therapeutic for me than anything,” the artist explained.

“I have exhibited before… and I think this (show) is more fun and also successful,” Kinsler noted. “It’s a great concept.” 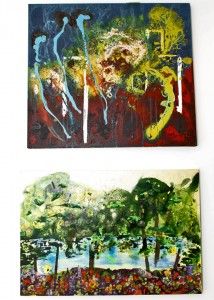 “Lots of customers and friends have come by,” added artist and Boat bartender Suzy Fedor. “I’m very happy about this (exhibition) because the people who I serve all the time get to see that there is something else that I do.”

A Pratt Institute graduate, Fedor said she used a variety of mediums in her artwork on display, including oils, acrylics, polyurethane, shellac, lacquer and spices. With a mesmerizing melange of textures and colors, Fodor’s nature-inspired abstracts seem to have sprung forth from the most fantastical of dreams.

Although Fedor has previously exhibited and sold work in solo shows, she confessed to struggling with the business side of her art. “I can sell you beer and liquor easily, but it’s hard for me to put myself out there (as an artist).”

Co-curator Suerte hopes that “Guest Check” will provide all the artists with greater exposure. “A lot of these people work so much that they don’t have time to be their own salespeople or maybe don’t have the experience to deal with galleries, so we want to get these emerging artists more of an audience.,” Suerte explained. 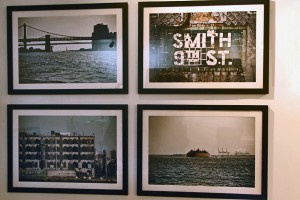 “It’s pretty amazing… and a little surreal, actually,” said self-taught photographer Michael Dulle of seeing his images in a public show for the first time. His photographs of urban decay capture the nostalgic allure that shines forth from the crumbling corners of the city.

“This (show) is the tangible version of what all of us do in the restaurant business every day, which is exhibit our personalities in front of people,” noted Dulle, who is general manager at The JakeWalk.

“That’s really my soul up there,” Onesto noted of her pen-and-ink portraits, in which blooming flowers, outstretched branches and other elegant elements intertwine to create seemingly celestial beings who radiate with joy. “There is a lot of connectedness,” she explained. “I create commissioned portraits because I love connecting with new people and the real essence of their characters.”

“There is a lot to be said for staying true to yourself and making the art you want to make and not just getting the career, even though that’s very commendable,” Onesto added. “For artists, it’s difficult to find the time and being a server really allows for that kind of flexibility.” 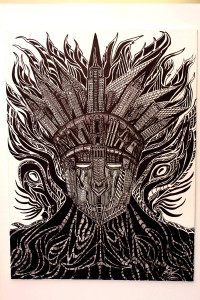 This opinion was prevalent among the exhibiting artists, like Edgartista (aka Edgar Gonzalez), who left several jobs to concentrate on his futuristic drawings that meld iconic cityscapes with glimpses of otherworldly visions. A self-taught artist who began drawing seven years ago to liven up his lengthy subway commute, Edgartista eventually surrendered to his creative calling. “Art is the bridge between two different worlds – the one we see and the one we don’t,” explained the artist, who works as a part-time bartender at Chance. “It’s my passion now.”

For Fedor, her job in the service industry actually plays an integral role in her artistic creations. “I do love my (bartending) job because I need people to do my work,” Fedor noted. “I like to fashion myself as a sociologist — I’m here to represent the people who I live amongst.”

As Fedor concluded, “In history, the best way to find out anything about a culture is through the artwork.” 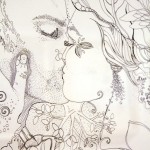 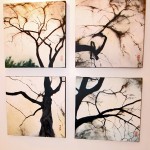 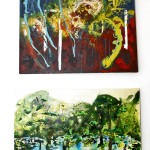 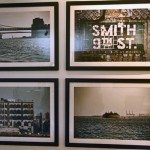 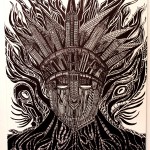 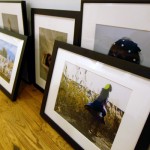 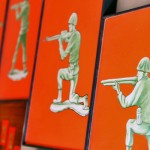 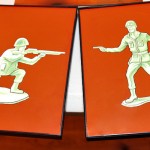 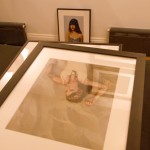 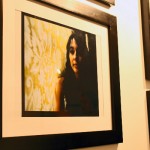 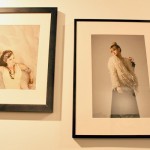 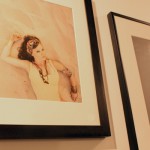 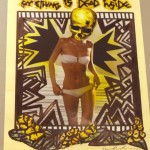 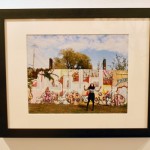 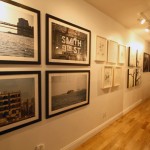 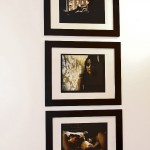 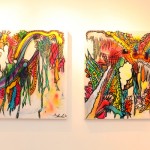 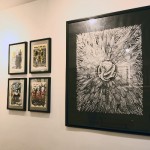