The latest “record breaking” home in Brooklyn hit this market this week – the penthouse at One Brooklyn Bridge Park with an asking price of $32 million.

The city’s real estate press, as usual, went wild over the announcement.

The Brooklyn Eagle did a little stalking of the home’s owners, Claire Silberman Leaf and her husband Stuart Leaf:

A phone call to the residence further confirmed that the apartment belongs to her and her husband. The couple has lived in Brooklyn Heights since the 1980s, online sources indicate. Neither Claire nor Stuart has called back, or responded to an email.

For a time, they rented 70 Willow St., a source said – the stunning 19th-century Brooklyn Heights house that’s in tourist guidebooks because Truman Capote lived there while writing Breakfast at Tiffany’s and In Cold Blood.

Brownstoner, as usual, stuck to the math of real estate observing:

The unit is 11,000 square feet and has been “totally reconfigured,” according to the listing. There’s a formal dining room, a landscaped terrace, wine storage for 3,500 bottles, a screening room, library, central air, and a private guest suite. There are also two deeded parking spaces.

Curbed , who broke the story, put the whole thing in perspective:

If the place sells for anywhere close to the asking price, it would smash the record for the borough’s most expensive home ever, currently held by 70 Willow Street, which sold for $12.5 million in 2012. This “Brooklyn is the new Manhattan” thing just reached a whole new level.

So what does $32 million bucks get you?

A nice terrace over looking Manhattan 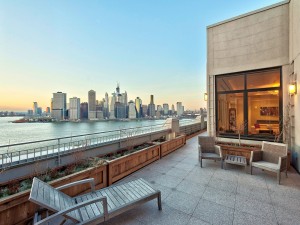 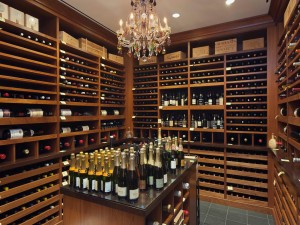 A home theater fit for any character in ‘Game of Thrones’ 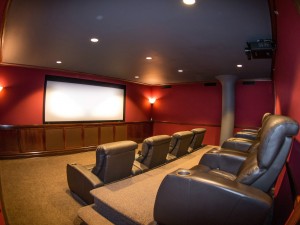 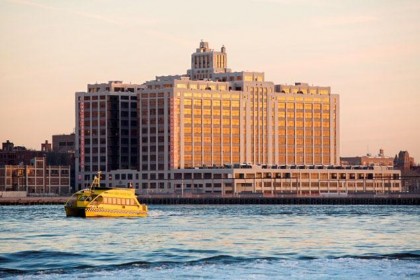 A combined penthouse unit and 3-bedroom 4-bath condo below at One Brooklyn Bridge Park could set a record-breaking residential price tag for Brooklyn Heights. According to a story in the New York Daily News, MNS CEO Andrew Barrocas is close to signing a $9 million contract for the duplex.

One Brooklyn Bridge Park, at 360 Furman Street, is located within Brooklyn Bridge Park across from Pier 6. “If sold, the combined unit would likely go to contract in the $9 million range, a record for a Brooklyn condominium,” reports real estate guru Jason Sheftell in the Daily News. Barrocas notes, “There is someone interested in combining a penthouse and the apartment on the floor below. What this says is the Brooklyn high-end is on fire. Prices are going one way, and that’s up. We’re having lots of bidding wars on the last few apartments left in the building.”

Listed at $4.25 million, one of the units, 1302, offers 2,687sf and a wrap-around terrace with Manhattan skyline views. Developed by RAL Companies, One Brooklyn Bridge is a former Jehovah’s Witness printing plant converted to 449 condo units. 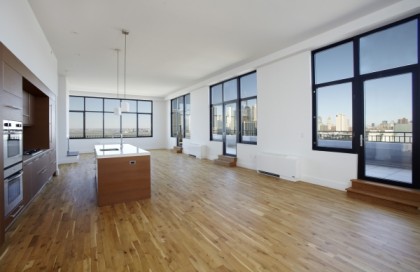 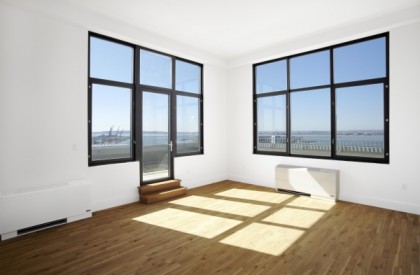 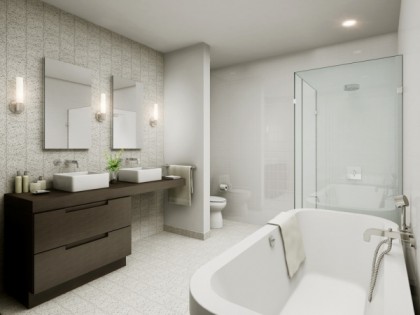 from the NYC Office of Emergency Management:

The time to evacuate for Hurricane Sandy has passed. It is time to shelter in place. Get to a safe, indoor location. Stay away from windows and remain above the 3rd floor but below the 10th floor, if possible. Once inside:
– Close and lock all windows and doors, close fireplace dampers.
– Turn off ventilation systems.
– Make sure you have emergency supplies.
– Only seal doors and windows if instructed to do so by emergency officials.
– Tune in to local radio or TV stations to get updates from emergency officials.