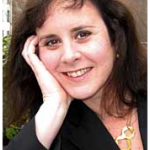 It's Hard not to Hate Youvalerie frankel

A Feast for the Senses at TASTE Williamsburg Greenpoint