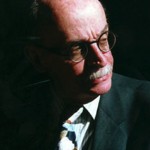 Dennis Holt, a longtime columnist and staff writer for the Brooklyn Daily Eagle and sister publication Brooklyn Heights Press, died at age 77 Thursday after complications from a fall in his home on May 14. He had suffered broken ribs and a blow to the head, made worse by a blood thinner he had been prescribed.

After serving many years as press advisor to a number of elected officials, including former Rep. Stephen Solarz, Holt was one of the founding editors of the Brooklyn Phoenix newspaper in 1972. In the mid-1990s, when the Brooklyn Daily Eagle was revived and merged with the existing Brooklyn Daily Bulletin, he became a senior editor and columnist. He was an active contributor to the Eagle family until his fall, writing the “Brooklyn Broadside” column and other features.

Born in Kansas, Holt moved to Boerum Hill with his wife 40 years ago and raised his family there. Holt has been called a Brooklyn treasure—like Junior’s cheesecake—and the Dean of Brooklyn reporters.

I was deeply saddened to learn of the death of longtime Boerum Hill resident Dennis Holt, a veteran columnist and writer who really set the gold standard for journalism among Brooklyn reporters. In addition to his informative reporting for the Brooklyn Daily Eagle and other publications during his storied career, Dennis had a keen political insight that he developed as a press advisor to elected officials such as Brooklyn Congressman Stephen Solarz, also of blessed memory. I thoroughly enjoyed reading Dennis’ work and he always gave me and this office a fair shake—he was the antithesis of today’s ‘gotcha’ style of ‘journalism.’ On behalf of Dennis’ loyal readers and all Brooklynites, I extend my condolences and prayers to his wife, Susan, and children, Debbie and Matthew, as we mourn the passing of a true Brooklyn legend.