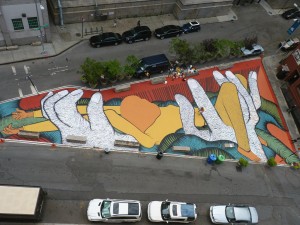 While there’s hardly a similar open space in Brooklyn Heights, the DUMBO Improvement District is proposing an intriguing option: to close off traffic along Anchorage Place—which serves as the north entrance to Brooklyn Bridge Park—and turn it into a pedestrian plaza. A hearing on the plan was held Wednesday eve to air both sides of the proposal.

McBrooklyn reports that at least eight local businesses back the plan, citing pedestrian safety and more room for seating next to the colorfully painted Pearl Street Triangle. But Doreen Gallo, Executive Director of the DUMBO Neighborhood Alliance, believes that closing the street will take away from the “grandeur” of the neighborhood. She told the Brooklyn Eagle, “People can’t imagine this space and how this should be the Grand North Entrance to Brooklyn Bridge Park.”

Sadly, the Heights has no such “grand” entry point, after Mayor Bloomberg emphatically nixed a proposed BBP throughway from the most obvious entryway: along the southern tip of the Promenade. The best we’ve got is the coming Squibb Park Bridge that will connect the neighborhood from Columbia Heights across Furman Street to Pier One. 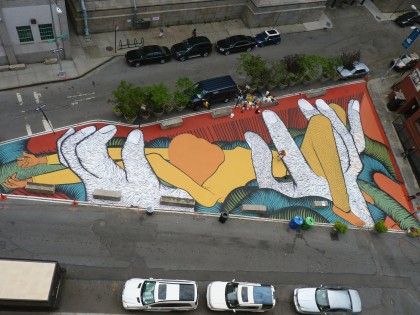