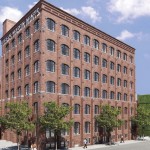 Magic Johnson is back in the news regarding his alliance with the agonizing completion of 20 Henry Street—and it’s as ugly as ever. The Real Deal reports that a labor dispute has erupted between Hudson Meridian Construction and the baller’s Canyon Johnson Urban Funds. The contractor has threatened to walk off the job at the 20 Henry condo conversion, leading the investment firm to request they be kicked off the Brooklyn Heights site.

In a July 13 filing in Manhattan Supreme Court, the investment firm claims the project is more than five months behind schedule because of the construction company’s failure to supervise its workers and subcontractors. Canyon Johnson also says Hudson Meridian is submitting inflated charges. Lawyers for the investment firm allege that the construction company is demanding an additional $700,000 in payments or it will walk off the job by July 19, while 72% of the building’s 39 units are in contract and were scheduled to begin closing in June.

“Hudson Meridian’s efforts to extort additional payments from CJUF recently culminated with its audacious and unlawful threat to abandon the project,” Cole Schotz attorney Leo Levya, representing the developer, wrote in the filing.

The developer says it plans to bring in Staten Island-based A&D Construction to complete 20 Henry in place of Hudson Meridian, if the current dispute is not resolved.

Read more, including the background at The Real Deal here.