Are Itty-Bitty Domiciles The Wave Of The Future? 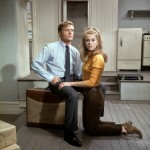 After a lot of media attention over the Brooklyn Heights couple that swears their 240-square-foot, $1,500/month apartment is sweet & cozy—along with NYC Mayor Bloomberg’s bizarre notion to inundate the city with “micro-apartments” averaging 275-300sf—Curbed decided to have a jolly good time by searching out the 10 smallest units for sale in Brooklyn.

Among contenders it found on Streeteasy are three humble Heights apartments, including 155 Henry Street, 5C, offering 400sf for $275,000. Curbed writes, “Maybe the residents of that $1,500/month Brooklyn Heights studio should move here. With a 20% down payment, monthly payments would be just $1,510, and the closet space is far more ample.”

Also offering 400sf is 60 Remsen Street, 3G, asking $299,000: “This Brooklyn Heights studio faces a courtyard, and the apartment has a separate dressing area/office. To the extent that we ever advocate living in very small spaces, we like this one.”

Next up is 70 Clark Street, 4H, whose 415sf runs $289,000: “This place has a sunken living room and allows pets and pied-a-terre dwellers, as well as subletting after two years. Which is probably about the time it might start to feel too small,” Curbed suggests. Indeed.

Dainty Domiciles: Wave Of The Future?