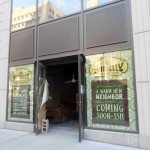 Chicago-based Potbelly Sandwich Shop is opening its first Brooklyn location and tenth New York locale at 345 Adams, next to Panera Bread, along the corridor’s new “Restaurant Row.” A sign in the window promises, “A warm new neighbor, coming soonish,” Brownstoner reports. The eatery, which serves breakfast, sandwiches, soups and baked goods, will occupy 2,500sf. Word is that Chipotle is also coming to Downtown Brooklyn, at the corner of Willoughby and Jay.

All are located around the corner from Fulton Mall, adjoining the burgeoning Willoughby Street Pedestrian Plaza. The building at 345 Adams is almost fully leased now, with only 1,000sf of retail still remaining available, according to the New York Observer.

Also new in the building is the 15,000sf Bright Horizons, a childcare facility. 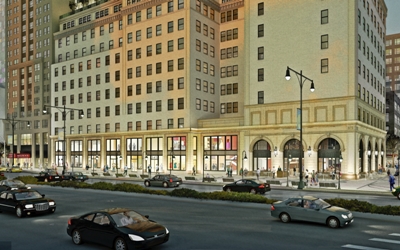