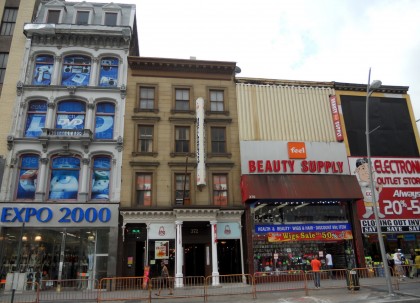 The Landmarks Preservation Commission voted unanimously to deny an application to legalize changes made to the interior of the former Gage and Tollner Restaurant at 372 Fulton Street. The landmarked interior, which has housed a discount jewelry store since 2010 (formerly Arby’s and TGI Friday’s) has already faced mounting fines because it masked the interior decor without permission.

Curbed reports that the applicant insists its display and lighting system doesn’t penetrate the walls—but Landmarks sees it differently, saying that a majority of the historic detail is gone. Several gas lamp fixtures remain, while an arch was placed in storage.

According to an LPC spokesman, the building owner’s architect described these changes as “interior desecration” and actually apologized on behalf of the tenants. Commission Vice Chair Pablo E. Vengoechea noted that “hiding something behind something is not a preservation strategy. You need to expose what’s there.” The tenant must now submit a new plan and file a permit application for the interior. (Top Photo: Chuck Taylor/2010) 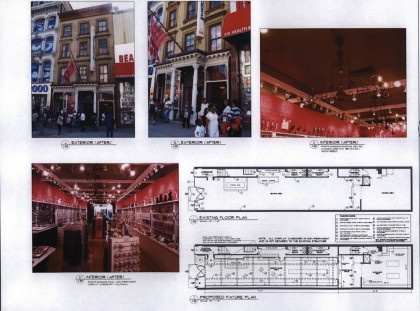