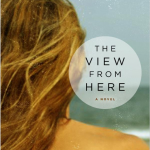 Frankie, young and in her twenties, the daughter of British ex-pats living in the Far East, has followed a boyfriend to Mexico. Though he has left, she has stayed on, and is swept up in the orbit of a group of three American families spending the season in a rented house. It’s not clear what season it is, though the children mention having been pulled out of school. The Americans are wealthy, the women have beautiful clothes, and the men have coast-based jobs that they occasionally check into (it’s the 70s or early 80s, long before cell-phone culture.)

Frankie moves into a spare room in the house. She is part guest, part hanger-on, part au pair. She flirts with everyone and makes friends with Patsy, one of the women, who is there with her husband Richard and their two young sons. Ned, who is consistently kind to Frankie, along with his new wife Bee Bee and her teenaged daughter by a previous marriage is another guest. And then there are the Severances, Mason and Sally, who have rented the house. They have three children, Paige, a teenager, and nine or ten year old twins. Frankie befriends Paige and the twins, and begins what she believes to be a secret affair with Mason. It’s all a great adventure, until things begin to turn serious.

Many years later, the grown-up Frankie, now known as Frances, lives outside of London with her husband, Philip, and his daughter Chloe. Frances has just learned two things. She has proof of something she’d long suspected, that Philip is having an affair. The second thing: the recently discovered tumor will kill her.

Frankie/Frances tells the story in alternating segments, moving back and forth in time. You’d think that her past in Mexico would be behind her, the families moved on, the children grown up. But she has some expiation to do.

Time and place are well-described; oddly, given the fact that it’s one narrator at two different times, I had no trouble keeping the past and present straight. The American children were also wonderfully separated, even the twins; it was the American adults I couldn’t tell apart at first. Eventually they resolved into their separate personalities, and perhaps that was intentional – as they resolved, Frankie learned that their interests were not hers, and that their goodwill existed only on the surface. Frances reveals that as Frankie she learned some harsh lessons that year, and also participated in some acts that her grown self finds despicable. Frances’ odd resignation to her circumstances is explained, in the end. It’s an interesting glimpse into the mind of someone who will never forgive herself.

Have a book you want me to know about? Email me at asbowie@gmail. com. I also blog about metrics here.

Brooklyn Bugle Book Club: “Every Love Story is a Ghost Story: A Life of David Foster Wallace” by D.T. Max