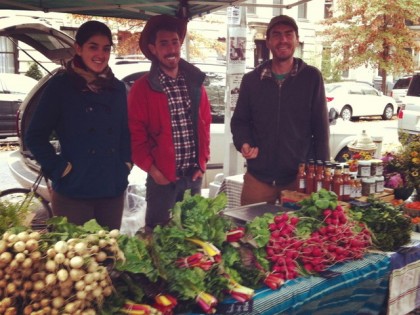 Brooklyn Bridge Park’s Pier 6 has gotten greener, with the opening of a new farmer’s market. Down to Earth, based in Ossining, N.Y., and the manager of some 20 markets in and around New York City, will kick off its BBP locale June 2. The new Pier 6 market will feature a minumum of eight vendors selling fresh fruits and vegetables primarily from upstate New York, along with meat, cheese, seafood, honey and baked goods.

Down to Earth spokeswoman Frankie Rowland tells DNAInfo.com, “All data pointed to the fact that this would be a great location for a new market offering fresh food. We think people will really welcome this new addition to the park.” It currently hosts markets in Park Slope and McGolrick Park in Brooklyn and in Manhattan’s Morningside Park, among others.

The farmer’s market will sit alongside the dog run, sand volleyball courts and playground of Pier 6.