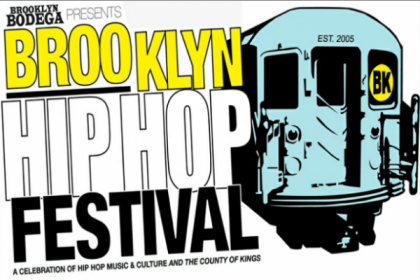 Following May 3rd’s ceremony in Brooklyn Heights dedicating the newly named Adam Yauch Park in honor of the late Beastie Boy, the childhood Heights’ resident will now be acknowledged with a special tribute at the 2013 Brooklyn Hip-Hop Festival. Yauch, a.k.a. MCA, lost his battle with cancer in May 2012, at age 47.

Wes Jackson, executive director of the Brooklyn Hip-Hop Festival, tells ABC News, “We reached out to (bandmate) Ad Rock right after MCA passed last year and asked if there was anything we could do to help celebrate the life of his brother. It was so soon that we were hesitant to even reach out. We wanted to give them space and time.”

But now, Jackson says, “We couldn’t go another year without taking time out to honor what MCA did for our culture and our music.” Included in the tribute will be a moment of silence in Yauch’s memory.

The ninth annual festival, July 10-13 around the borough, will feature headline sets from Redman, EPMD and Pusha T. Established in 2005, it is designed to showcase “the positive aspects of hip-hop culture by highlighting its legacy as an agent of artistic progression, community building and social change,” according to the festival website. In addition to musical performances, it offers panel discussions, exhibitions, parties, an awards show and a family-friendly block party.

The festival kicks off July 10 with its Bodega Education Initiative (BEI), a political forum at The Brooklyn Historical Society in Brooklyn Heights.