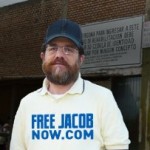 Actor & activist Sean Penn testified Monday before a U.S. House Foreign Affairs subcommittee that a Brooklyn Heights businessman being held in Bolivia is a “Dead Man Walking.” Jacob Ostreicher, 54, has been held without charge for nearly two years in the South American country and remains under house arrest even though 13 of his accusers are now in prison, according to today’s New York Daily News.

Penn—who won an Oscar for his role in the film “Dead Man Walking”—told lawmakers that Ostreicher is in danger because Bolivian enemies want to kill him: “I believe Jacob’s life is in danger as we sit here today.” Further, Penn testified Monday that the detainee told him, “These (expletives) want to kill me. I’m too dangerous to them as a witness.”

Ostreicher was initially arrested on suspicion of money laundering and spent 18 months in a Palmasola prison. Penn has been pushing for Ostreicher’s release and persuaded Bolivia’s leftist president, Evo Morales, to move the businessman out of prison and arrest the officials who put him there, the News says. But he remains behind bars.

Penn adds that those who imprisoned Ostreicher have made off with $27 million in assets from his company. He suggests the U.S. government should intervene: “We’re at a point where we don’t want to look back and say, ‘We should have.’” (Photo: Facebook)