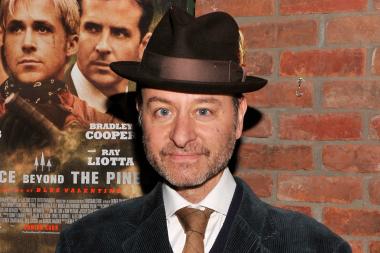 DUMBO resident/actor/80s icon Fisher Stevens is featured in a DNAInfo article today. In it, he reveals that he’ll be moving out of the neighborhood soon.

He says about the area, “To be honest, some of it’s better and some of it’s worse. I love Citi Bikes, but they seem to be on every corner in DUMBO now and Bloomberg is kind of — he’s just made one of the main thoroughfares a two-way, so it’s opened up a lot of traffic. It’s packed. When I moved there, it was just beginning to get crowded, but now it’s pretty packed.”

Stevens says he spends a lot of time in Brooklyn Heights:

And then the best sandwich in New York, I think is in DUMBO. It’s at a place called Almondine. It’s a French bakery and it was really wiped out — a lot of places were hit bad during Sandy, but now it’s coming back strong. It’s a vegetarian sandwich that’s just off the charts. It’s the bread that’s so good.

And then I love Vinegar Hill — I eat dinner there a lot.

Stevens will be a judge at the short film festival Tropfest, June 22 in Prospect Park.