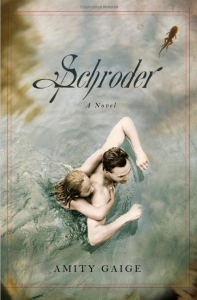 Eric Kennedy had it all: a wife, a child, success as a real estate broker, and even a year off to be a stay-at-home dad and work on his dissertation. Everything in his life appeared to be working until his wife, Laura, left him. Perhaps she has sensed that something was wrong? Something was wrong, and we but not Laura are told what it is from the first page: Eric Kennedy is really Erik Schroder, an émigré from East Germany, whose father, a single parent, brought him up in Dorchester. Erik started lying in high school, and continued it into college and beyond. As Eric Kennedy, for example, he allowed his wife, and everyone else, to believe that he grew up on Cape Cod, near Hyannis, distantly related to the famous family.

But as Erik Schroder he contemplates a handful of mysteries: what happened back when he and his father left East Germany for the West? Why did his mother never join them? Why did they ultimately leave his mother behind when they left West Germany for the United States? Rather than stopping and asking questions Eric moves forward, reinventing himself continually as he lives the lies he wants so badly to believe. He doesn’t pause to think, just keeps acting impulsively – and then, during a supervised visit with his daughter, Meadow, he takes her on an unplanned, unapproved road trip, in a stolen car.

One of the many ironies is that Eric’s academic interest, at which he plays (or possibly works) during his year at home, is the esoteric one of the literary pause. The break. The ellipsis. The wait, as in the works of Pinter. In Pinter, something happens during the break – a thought, a glance – that makes it meaningful. The pause allows the other person time to respond. But Eric, who might as well be writing “The Key to All Mythologies” for all the good contemplating the pause does him, ignores other people.

Eric/Erik’s marriage appears to require a complaisant sort of female, and one wonders how Eric responded to the seventh or eighth suggestion that he take Laura to meet his parents on the Cape. Why weren’t they at the wedding? The book is structured as Eric’s apologia, so we hear Laura’s side of the story only indirectly: she started the divorce proceedings, telling Eric at the point of their separation that she felt as if they’d been living “in a house with tilted floors.” Eric, of course, is completely unreliable, but Gaige leaves the reader to fill in most of what Laura must have thought.

The consequences of Eric’s lies are endless, and everyone’s lives are upended. The story is heartbreaking, partly because of Eric’s attachment to his daughter, but also due to his dawning understanding of the fact that far from escaping his past he is repeating it. With its detached tone depicting joy and heartfelt sorrow, “Schroder” is powerful and affecting. Do you agree? Let us know in the comments.