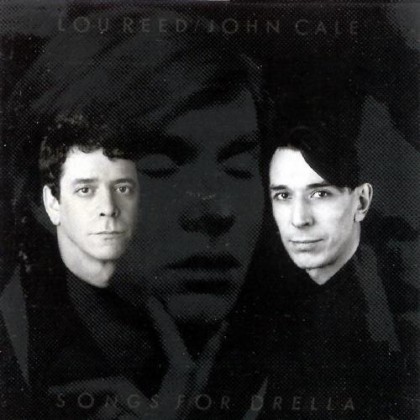 The music world lost a legend today, Brooklyn born rock legend and lead singer of the Velvet Underground Lou Reed died at the age of 71.

On January 7 1987 Reed and former VU bandmate John Cale played St. Ann and the Holy Trinity Church. Here’s our report posted on the 20th anniversary of the performance in January 2007:

On this day in 1989, Velvet Underground founding members John Cale and Lou Reed paid tribute to their friend and co-conspirator, Andy Warhol by performing Songs for Drella at St. Ann’s Church on Montague Street.

The songs were written as an homage to the artist, who died suddenly in 1987. “Drella” was Reed and company’s nickname for Warhol — a mix of “Dracula” and “Cinderella”.

The performance at St. Ann’s was a workshop version of what NY Times music critic Jon Pareless called a “quasi-biographical song cycle.”  The duo would later refine it and play the Brooklyn Academy of Music in December 1989 and tour the world with Drella. An album was released in 1990.

I had the privilege of seeing the show at St. Ann’s and found it to be a very moving tribute to Warhol. Reed’s emotions were still quite raw regarding the loss of his friend, who had died almost exactly two years before. The duo had also suffered the loss of former Velvet Underground bandmate Nico in 1988 which added another layer of poignancy to the event.

After the project, Cale vowed never to work with Reed again. However, they did reunite the Velvet Underground in 1992 for a European tour with U.S. dates to follow. Reed and Cale had another falling out and broke up the band before reaching the States.

New York Times: Songs for Drella, a Tribute to Warhol by Jon Pareless