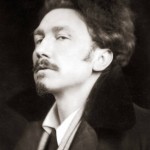 I find Monty Q’s on Montague Street a perfectly serviceable, generally pleasant, and thoroughly convenient eatery.  I truly do.  But the other day I went in there and requested anchovies on a slice or two of pizza, and the gentleman behind the counter looked at me like I had just walked into a Taliban Cave asking if they had seen my signed photo of Rebbe Manchem Schneerson.

Seriously, my friends: the look on the pizza man’s face was as blank as the look on Oliver Cromwell’s decaying gob after he was posthumously beheaded and what remained of his rotting melon was stuck on a pike outside of Westminster (that’s right – the leading figure in the English Civil War was dug up after his death and beheaded by Charles II, the son of the King that Cromwell had beheaded!).  So…I thought to myself, perhaps if I DREW an anchovy, this gentleman would know what I was talking about! So I reached for a pen and on the back of a take-out menu I sketched, from memory, a reasonably efficacious and completely satisfactory one-dimensional representation of the slim, surprisingly radiant silver fish of my desire.

I then phoned an actor friend of mine – hi, Kevin! – and, handing the phone to the counterman, I asked my thespian acquaintance to recite Ezra Pound’s “Sub Mare,” the poet’s famous ode to the humble yet resplendent anchovy.  Kevin did what he was told, and in his prosodic, almost Olivier-esque lilt, I heard Kevin say “And one gropes in these things as delicate Algæ reach up and out, beneath Pale slow green surgings of the underwave, ‘Mid these things older than the names they have, These things that are familiars of the god.”

A tear came to my eye, but the white apron’d gent behind the counter at Monty Q’s still looked at me with the empty, uncomprehending look that recalled history’s most famous hydrocephalic, Charlie Brown.

I decided to try one more thing.  I remembered that I had an old drag queen acquaintance, the lovely Miss Salty Manchovy.  I thought to myself, surely, s/he, of all people, could make my food industry friend comprehend my request (because I still thought of us as friends, despite his ignorance; only a glass partition and a gaggle of Garlic Knots separated us, and aren’t we all the children of Njörðr, the Norse God of the sea and the wind?).  So I borrowed a nearby laptop (thank you, Lashaniqua!), and embarked on an Internet search to see what had come of that delicate flower of the sea, Miss Salty Manchovy.  See, I hadn’t spoken to her since 1988, when we had gotten in an argument over whether Bea Arthur was taller than Julia Child (she isn’t; it’s a known fact that only Brienne of Tarth is taller than Julia Child).

Well, it turns out that my dear friend had ‘retired’ Miss Salty Manchovy many years ago; instead, s/he had taken a great interest in the history of New York City politics, and was now living and dressing as Miss Mess Byerson, a character that honors the life and work of Bess Myerson, who was the head of Consumer Affairs under Mayor Ed Koch (and, lest we forget, the lovely Miss Meyerson was also the first Jewish Miss America!).   In fact, Mess Byerson is currently touring in a drag show based on the political machinations of the Koch administration,  along with Miss Edwina Kock and Lady Donald M. Anus.  And I know what you’re thinking!  Was Ed Koch our tallest mayor?  He was, after all, a towering 6 feet 2 inches!  Ah, but our NEW Mayor, Bill DeBlasio, measures in at 6’ 5”!!!  Bizarrely, Mr. DeBlasio is DWARFED by City Councilman Robert Cornegy Jr. (who represents Bed Stuy/Crown Heights) who is nearly 7 feet tall.

I seem to have become distracted.  Please forgive!  Anyway:

All of this left me anchovy-less, sans anchois, ohne sardellen, בלי אנשובי, sin anchoas, click click violent-horizontal-wagging-of-the-head click anchovies click, and so on; in any language, my friends, your humble and hungry correspondent was left standing in a pizza place in Brooklyn that not only didn’t have any anchovies, but seemed to be completely confused by the notion of putting these on a pizza.

CAN YOU IMAGINE?!?  WHAT KIND OF PIZZA JOINT, especially in the borough of Brooklyn, the noble pizza-loving County of Kings, CAN’T PUT ANCHOVIES ON A PIZZA?!?  Now, we may not always WANT anchovies on our pizza – I mean, if there was a TV channel that only showed the work of Nat Hiken (the creator of Car 54 and The Phil Silvers Show/Sgt. Bilko), I wouldn’t want to watch it all the time; and I occasionally want ice cream that doesn’t have peanut butter cups in it…but it’s nice to know that we can have anchovies on the pizza when we want it! And truly, should any place that CAN’T put anchovies on a slice of pizza even CALL ITSELF a pizza joint?!?

I, my friends, adamantly say no.  This I state, aver, affirm, maintain, declaim, testify, and avow.  And I know what you’re thinking:  as long as we are discussing the height of famous statesmen, is Michelle Obama our tallest first lady?  After all, she towers nearly 6 feet over the neatly parquet’d historic floors of the Executive Mansion.  Well, my friends, she is only TIED for this honor; she is the same height as the estimable Eleanor Roosevelt.  And I am sure that the great Eleanor, the niece of one President and the spouse of another, would agree:  A pizza place without anchovies is like Martin without Lewis, Rossi without Allen, Petrillo without Mitchell, Durante without Jackson, Burns without Schreiber, Olsen without Johnson.

And a lifetime of slurping, chewing, munching, masticating, thoroughly enjoying and ALWAYS FOLDING pizza has led me to come to this conclusion:  When you walk into a pizza place, there should be television in the joint tuned to a soccer game (Juventus, A.C Milan, Man City, Ashton Villa, it hardly matters) and they should readily – no, HAPPILY – be prepared to dispense anchovies on request.

And if they can’t do that, they have no RIGHT to call themselves a pizza place.

Mr. Timothy Sommer’s opinions and grasp of reality are entirely his own.

Tim Sommer has achieved a degree of success as musician, record producer, major label executive, DJ, and personality on MTV and VH1.  He is currently composing Rebel Mensch, a rock opera based on the life of Judah P. Benjamin, the Confederate Secretary of State and the first person ever Bar Mitzvah’d as a reform Jew, and he continues his efforts to get New York Met pitcher Al Jackson in the baseball Hall of Fame.

Sudan Stories: The Story of M – Sell a Kidney or Make Bombs