White Flags on the Brooklyn Bridge: Make No Mistake, This Was a Terrorist Act

A synchronized attack took place last night on the Brooklyn Bridge. While we don’t know what the motivation was behind the act of stealing the flags atop the span’s towers and replacing them with a bleached American flag and a makeshift white one, it was without doubt an act of terror. This was a planned action carried out by more than one individual with improvised tools (they used tin pans to cover the tower’s lights) designed to draw attention. So despite what the NYPD is saying this was a terrorist action. 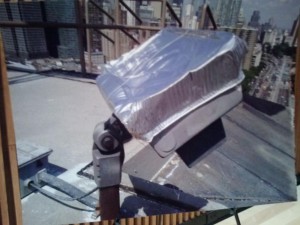 Marketing stunt? Artistic statement? Still an act of terror. At the very least this stupid and selfish act shines a light on our vulnerabilities and will only encourage those who wish us and our city actual harm.

Step it up NYPD, the city is depending on you.