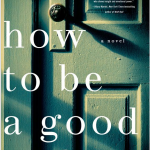 Fears, and our response to them, can be logical and constructive. Other times, perversely, we respond irrationally – sometimes we’re deluded, sometimes shocked or traumatized. Or we might be suffering from mental illness. Exploring the boundaries of her characters’ fears provides the structure and themes of Emma Chapman’s engrossing new novel “How to Be a Good Wife.”

Marta Bjornstad married Hector, a teacher, when she was about 20 and he was about 40. Almost immediately they had a son, Kylan, who is grown, so now Marta is a housewife with an empty nest. She’s a caregiver, but she’s limited – she doesn’t go into the faraway big city, because “it’s not good for her.” She resists the pink pills she is supposed to take, and lately Hector has tried to make sure she takes them. She has no one other than Hector and his mother, because her parents died years ago in a car accident. Hector’s mother Matilda is something of a problem – she lives nearby, and of course she cared for Hector until Marta married him. Matilda inspects and comments, and Marta consistently fails to live up to Matilda’s standards. Besides her fault-finding, Matilda has given Marta a small book full of small old-fashioned advice called “How to be a Good Wife.”

Marta and Hector have many shared memories, and while they occasionally go for long wintry tramps in the woods they also spend a lot of time apart. With Kylan home, Marta was content, if a little anxious. Now that he’s grown and away, she’s troubled. Without her pills she has – it’s not clear whether she is remembering events or whether they are visions or hallucinations. They are certainly disruptive, and Hector, Kylan, and Kylan’s girlfriend become deeply concerned.

Textures and materials are palpable in this story: Marta puts on a wool nightgown, throws Hector’s heavy woolen jacket over light clothes. You feel the weight of them. Food and drink are also important – Marta cooks, drinks, and sometimes does both at once. All the time, she’s talking with – is it herself? Is she recovering memories? She’s afraid to go forward and afraid of what will happen if she doesn’t.

Chapman sets her story in a quiet village on a fjord; the names suggest we are in Scandinavia, but we could just as easily be in New Zealand. It’s remote, often cold, and Chapman uses the atmosphere to deepen the mystery. She builds the story slowly, day by day, in uninflected prose. Marta’s tension ratchets higher and higher – and so does the reader’s. To be fair, so does Hector’s, and his behavior leaves some room for interpretation. He admits to deceiving his wife – he’s been let go from the school on suspicion of an affair with a student. That’s not a small thing. But Marta’s fears go much deeper than that.

Has he deceived her? Is she mentally ill? Chapman’s compelling, complex novel resolves itself nicely while never completely revealing whose version of the past is true. “How to Be a Good Wife” is a good tale for a cold winter’s day – sad, spellbinding, fully realized. It’s a perfect book for a long plane ride (and got this reader through a day of the flu).

Hallucinations or memory? Is anyone guilty here? What do you think? Let us know your thoughts in the comments.

Emma ChapmanHow to Be a Good Wife

Struggle Bus Episode 5: Awful People from Your Past, Struggle Buddies, and Wanderlust on a Budget