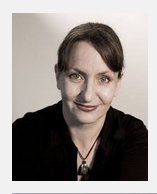 Winston Churchill famously described Russia as “a riddle, wrapped in a mystery, inside an enigma;” add to that several layers of a cloak of darkness and you have North Korea. After ending most contact with the outside world in 1953, North Korea has been the subject of some interest from western filmmakers and policy makers. But unless ours is among the thousands of families cut apart more than 60 years ago, most of us ignore North Korea. The other half of Churchill’s dictum, less well known, that there may be a key, the national interest, turns out to apply equally as well. Anna Broinowski, an Australian documentary maker, leveraged Kim Jong Il’s little-known fascination with films and filmmaking to get into North Korea to film a documentary about the surprisingly robust North Korean film industry. In this book, a kind of movie tie-in, she explains how she did it.

The first problem was gaining entry to the country. A documentary about North Korea or its propaganda machine alone would not be enough, but another issue was at hand: New South Wales officials were in the process of allowing fracking in Sydney Park. Yes. In a park in the middle of a large city, one that happened to be a short walk from Broinowski’s home. Broinowski decided to make a film to stop it – a film using North Korean film propaganda techniques. A film about North Korea would find an audience, Broinowski thought, and a film using North Korean propaganda techniques would persuade audiences that fracking is dangerous. There was only one way to make such a film, Broinowski decided: get North Korea’s film industry to help.

Broinowski followed every thread she could to unravel the veil: westerners who have studied North Korean films, Koreans actors and directors North Korea kidnapped and brought to the country to make films, defectors. She studied Kim’s book “On the Art of the Cinema.” That book is the source of this memoir’s title; it’s one of Kim’s rules for making films. Other rules cover the role of the director (in charge, or, as Broinowski puts it, Creative Commander), the source of emotions (defined by the directing – no Method acting for North Koreans), and the importance of music and song (central).

Broinowski’s quest takes her through South Korea and Japan, and ultimately on two visits to North Korea, the second time with a film crew. Staring out the car window, Broinowski looks for signs of the dark, starving North Korea she’d imagined. Instead, she finds Pyongyang beautiful, with no advertising or billboards, landscapes on the bus stops, propaganda, and clean air. If her minder, Ms. K, is strict and on her guard, she can be also be coaxed to laugh.

In the course of describing the challenges involved in making the film, Broinowski also fills in the reader on the transfer of power from Kim Jong Il to Kim Jong Un in 2011. (In a purge worthy of an Ottoman sultan, Kim Jong Un consolidated his power by killing his uncle, his uncle’s children and grandchildren, and possibly a former girlfriend.) She finds the North Korean film industry folk she comes into contact with friendly, generous, deeply human, while marvelling at and confronting the cultural crevasses. Broinowski brings a bottle of Kim Kardashian perfume with her on the second trip – it’s a joke gift to her – and describes what happens when her young interpreter sees the bottle:

Sun Hi, who’s been studying me closely . . . squeals with delight. “Oh!” she says, gazing at the word Kim on the bottle. “You have a perfume named after the Dear Leader.” [My cinematographer] and I share a look. How do you explain Kim Kardashian to someone who has never heard of reality TV?

In the end, the film is made (it’s available on Netflix and YouTube). Broinowski describes a struggle with her conscience when her minders suddenly insist on deleting some images of Kim, and also provides a rare glimpse of life behind the curtain. On one of their last nights in Pyongyang the van drops the North Koreans at their various homes before taking Broinowski and her team back to their hotel, and she describes watching him walk across “a desolate stretch of dirt and barbed wire” to his home. The movie is made, the fracking in Sydney Park stopped, the North Koreans who helped are not allowed exit visas to see the premiere, but a friend delivers a DVD to them. They’re allowed to watch the film-within-a-film, about fracking, Broinowski writes, but not the larger documentary about their work. But their voices come through in this loving and perceptive memoir.

See you in the new year. In the meantime, email at asbowie@gmail.com if you have  a book you want me to know about. Follow me on Twitter @abowie917.