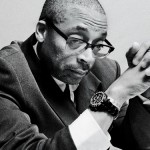 In a lengthy Q&A on New York magazine’s Vulture blog, Spike Lee talks with writer Will Leitch in detail about his roots in Brooklyn’s Cobble Hill. The director was born in Atlanta, and moved to Crown Heights at an early age, followed by eight years beginning around the age of 4—from 1961 to 1969—at 186 Warren Street, between Henry and Clinton streets.