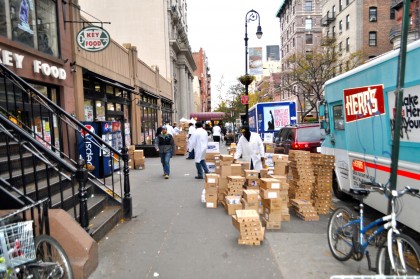 Grocery stores in Brooklyn Heights were restocking perishable items as of Friday morning, as trucks began making their way back to the neighborhood at 7 a.m. Key Food management at 102 Montague Street told BHB early this morning that fresh fruits, milk, bread and meat are returning to the shelves, with night crews working overtime to stock. The biggest challenge, he said, remains trucks being able to find gas to deliver groceries to the neighborhood. For the time being, the store’s hours remain 7 a.m. to 7 p.m.

Atlantic Avenue’s Key Food was also fairly well stocked Thursday night, although those same perishable items remained AWOL. Ditto for Trader Joe’s, where the lines were—for once—almost non-existent. A stop by Garden of Eden at 180 Montague Friday morning reveals a similar situation. We haven’t made it to Gristedes yet. (CT) 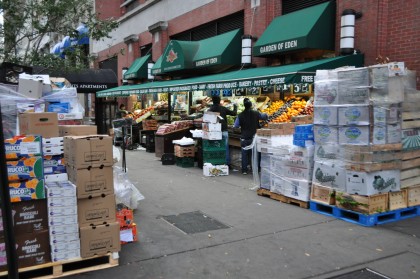 Sanitation Collection: Nope, Not Yet