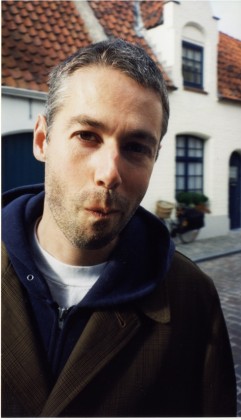 BHB sources claim that the Palmetto Playground will officially be renamed the Adam Yauch Playground this week. A ceremony to usher in the new name will reportedly be held this Friday May 3.

Yauch, who grew up in Brooklyn Heights before achieving fame as a member of the Beastie Boys died on May 4, 2012 of cancer. Yauch played at Palmetto while growing up in the neighborhood.

New Yorker: I first met Adam Yauch in 1982, in Brooklyn, when I was fifteen. I was sitting on the red steps in the lobby of St. Ann’s, where I was a sophomore in high school. His bandmate, Michael Diamond, was a grade ahead of me. Occasionally Mike and I would talk about records and argue. We talked about doing a newsletter, but that was also just talk. His hardcore band, the Beastie Boys, was getting bigger in the very small pond of downtown Manhattan. (In the nineteen-eighties, folks didn’t play rock music in Brooklyn. You had to go to “The City” for that.) The Beasties had managed to open for the Bad Brains, which was about the best thing that could happen to a young punk in 1982. People sometimes made fun of the Beasties for not being real or hard enough or some other imaginary variable. I only heard Mike complain once, about their name being spelled as Beasty Boys, because it sounded like a pet food store.

Tale Of The Tweets: Game 5 Do Or Die For Brooklyn Nets