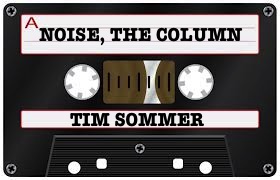 Noise, The Column: If Only I Was Thor!

Apparently, I have a very similar email address to a Norwegian named Thor Sommerseth.

Not infrequently, I receive emails intended for this Thor Sommerseth.  This is true. These are written in Norwegian and include a lot of exciting looking words featuring o’s with slashes through them.  I have translated a few of these emails, and they are disappointingly mundane; they often involve work in risk management, and one even detailed what mighty Thor was expected to bring to a Church brunch.

Nevertheless, sometimes I like to pretend that I AM THOR SOMMERSETH, I mean JEG ER THOR SOMMERSETH, and not mundane ol’ Timothy Sommer; and I imagine what it would be like to march around the apartment, loudly proclaiming “I AM THOR SOMMERSETH, my will shall be done, now bring me a Fresca or I shall DAMN you to the Gods of the Clan Æsir, though honestly a Diet Ginger Ale will probably do the trick, too, preferably Canada Dry.  May the God Nídhögg rain FIRE on you if you bring me Schweppes! Actually, if it’s all you’ve got, Schweppes would be okay.”

In that spirit, I also like to imagine what kind of letters I would write if I was, indeed, Thor Sommerseth.

My name is Thor Sommerseth.  My father and his fathers before him were proud holders of the bloodline of the clan Sommerseth, and may I remain true to the spirit of my paternal ancestors until the day the God Ragnarok dies and brings this world to an end in shuddering cataclysm of fire and ice; my mother, of the clan Adelbaum from Bayside, New York, was named “Most likely to Get a Partial Tuition Flute Scholarship” in the 1959 Miss Beth-El Synagogue Competition.

Over the last few years, I, Thor Sommerseth, have made quite a name for myself in the Norwegian television industry.  But you probably already know that.

I, Thor Sommerseth, initially rose to prominence as associate producer of Trondheim’s second most popular morning show, titled En Annen Morgen av Svarthet is Og ld Med Sporadiske Muppets  (Translation:  Another Morning of Blackness, Ice and Fire with Occasional Muppets).   More recently, one of the shows I, Thor Sommerseth, developed, Black Metal Idol, made headlines when the winning act was found to be responsible for the burning of 8 churches in the Sørlandet district.

After receiving the blessings of the God Loki of the Jötnar Clan, and under considerable pressure from my mother’s side of the family, the Adelbaums, I, Thor Sommerseth, have decided to attempt to sell some properties to the American television industry.  I have geared these specifically to the American marketplace.

Three of these shows are what you Americans call “sit-coms” (here in Norway we call these types of shows “Dagligdagse Distraksjoner fra Dorbannelsen av Endeløs Natt Enøydes, Raven-Flankert Gud Odin har Kastet Over Oss” – that translates as “Mundane Distractions from the Endless Night that the One-Eyed Raven-Flanked God Odin Has Cast Upon Us”); one of these “pitches” is a “reality” show, and the final idea, which is my favorite, is a courtroom show.

Here are the sitcoms:

Each of these are fairly self-explanatory.

The reality show, which is also fairly well explained by the title, is called:

WHO WANTS TO MARRY A MONKEY

Finally, I, Thor Sommerseth, have saved the best for last:

This is a show in which everyday cases are brought before a judge, who happens to be a total c*nt (this sounds like a winner to me, Thor Sommerseth!).

You may be surprised that I, Thor Sommerseth, am not suggesting any shows of the “saga” nature, involving great mythical kingdoms and the actions of fantastic beasts and giants; I, Thor Sommerseth, understand these are quite popular in the United States.  I have dabbled in this genre before, but I find it brings me bad luck:  in 2006 I produced a series called Gilligan’s Island of Ice and Lava, which was cancelled before it was even aired due to the presumption that it would offend Njörðr, one of the Gods who protects the sea; and I personally believe that a mini-series I co-wrote in 2009, My Mother The Car Who Is Inhabited by The Soul of Hrímthursar the Frost Giant,  angered the Gods, since the Adelbaum’s had a significant alignment problem with their Hyundai very shortly after the series was aired.

Thank you for your time.  I, Thor Sommerseth, look forward to working with you, and bringing the power of the creative spirit that originated in the bowels of the primordial realm of Niflheim to the American syndicated television market.

Kind regards, I am Thor Sommerseth

Noise, The Column: The Long Echo of Steve Rossi and Stuart Sutcliffe

What to do in Brooklyn Bridge Park This Weekend