I have nothing against Dave Grohl. I’m serious. The Foo Fighters are an incendiary live band, Grohl has a genuine appreciation of the less-obvious edges of hardcore era that semi-spawned me, and even if he made a song that is worthy of G.E. Smith being hired by Toyota to write an Alarm imitation, I am quite goddamn sure that Grohl more or less means well. 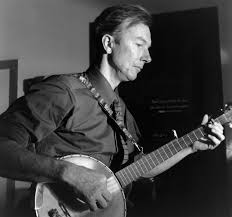 Pete Seeger. Dave Grohl is not fit to weed his grave.

But just at the time when we needed our Johnny Rotten/Woody Guthrie cross, we got a rock’n’roll Pat Sajak. Assuming you are all familiar with Guthrie, let me define what I mean by “Johnny Rotten” (since here I am using this more as a generalized noun than an actual name): I mean someone intelligent, provocative, literate, musically adventurous, constructively obnoxious, witty to the point of being ridiculous, well-informed of current events, absolutely willing to piss people off regardless of the cost, and keenly aware of the social and political impact music can have. Honestly, I have a hard time thinking of an American equivalent, at least not since the days of Guthrie, Seeger and the Weavers, and Phil Ochs (and, for the record –and I know this will strike many of you as an odd statement — I honestly think Ochs is the closest thing to an American Johnny Rotten).

Now, America needs hypothetical Rotten/Guthrie for a lot of reasons, which I won’t detail here, because you are probably aware of many of them. I will note, however, that a young person (i.e., college age or soon-to-attend college) has far, far less chance of finding a decent job and affordable housing than age-equivalents in earlier generations, and that’s a problem that’s only going to get spectacularly worse; likewise, it’s going to become increasingly hard for these jobless young people to be supported by their parents, as the middle class vanishes and the United States becomes a place inhabited by the very rich and the poor with not a hell of a lot in between. Young people in America are going to need artists who shout loudly about issues other than legal weed. 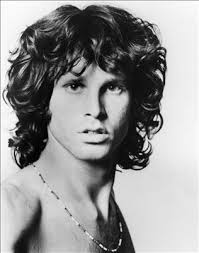 All of Jim Morrison’s Dionysus crap didn’t stop his dad from starting the Vietnam war. Jimbo didn’t even BOTHER to tell anyone “Hey, my dad LIED about American ships being fired on in the Gulf of Tonkin, and all you kids out there who buy my records who are going to DIE in some freaking rice paddy in South East Asia, that was kind of my Dad’s fault, but peace and love y’all.”

Speaking of which, here’s an important note: Americans confuse sexual provocation and drug advocacy for political commentary. This is a long time problem of American activism. So, on one hand, artists like Iggy used their stage-pulpit to piss people off, but it meant nothing (though it was fun to watch). That’s performance activism, not political activism. Likewise, making a lot of noise for the freedom to take drugs is likely a semi-relevant issue, but it does not effect the course of events in any meaningful way; all the weed legalization in the fucking country isn’t going to keep Fox News or the Koch Brothers of the Tea Party from lying to you and wreaking economic and political Armageddon on this nation. Seriously, man, think about it: you have all been had. All the Free Love advocacy of the 1960s didn’t stop Vietnam, Nixon, Reagan, Bush; and all the legal weed advocacy in the world isn’t stopping Koch or the Tea Party. Woody Guthrie and Pete Seeger, to name two very important American activists, actually sang about unions and jobs and voting rights and important shit like that. “’Scuse me while I kiss the sky” was a long way from “’Scuse me while I play this benefit to supporting workers fired for not making armaments.”

So, to cut a long story short, people with the kind of power Dave Grohl have should be trying to actually fucking say something; or if they don’t, don’t fucking pretend you’re all heavy and cool and righteous, just go ahead and say “I’m Adam Levine,” and there’s really no problem with that. Seriously, in no way, shape, or form am I condemning light or non-issue oriented entertainment. I’m just saying we should sometimes be using the medium of free music to spread meaningful messages and information. 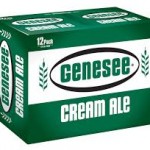 A case of Genesee Cream Ale.

Oh, and it pisses me the fuck off that Dave Grohl, who was inarguably the third most important person in Nirvana and arguably the fifth most important, has laid claim to the Nirvana legacy and holds on to that sucker tighter than an Ithaca College freshman holding onto a case of Genesee Cream Ale.

All of which, curiously enough, isn’t what I actually meant to write about today. I really just wanted to supply some footnotes to the occasionally obscure references in yesterday’s column:

Steve Ignorant was the founder/singer of the Crass. The Crass were almost completely musically worthless, but had great lyric sheets, and their heart was totally in the right place. 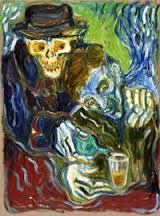 A painting by the incredible Billy Childish.

Billy Childish, who in a hundred years will be as famous as Van Gogh, is a painter, poet, and musician. As a musician, he put out literally dozens of albums, most famously as a member/leader of the superb garage rock group Thee Milkshakes. Childish is one of the only musicians to have found a way to make punk and garage music that had the intimacy, immediacy, and shock value of classic issue-oriented folk.

Although most Americans are familiar with Chumbawumba only from their one wonderful mega-hit, “Tubthumbing,” the band began as a anarcho-punk collective in the model of Crass, and retained those values throughout their career; in fact, there’s evidence they conceptualized and created “Tubthumping” as a calculated means to increase their ability to spread their political and social advocacy. At the 1998 BRIT Awards (the equivalent of the Grammys), they dumped a jug of water of the deputy Prime Minister while singing “Tubthumping” with lyrics altered to reflect the government’s treatment of striking dockworkers. IMAGINE, FOR ONE SECOND, DAVE GROHL DOING THAT TO A MAJOR POLITICIAN WHEN HE APPEARS ON ANY OF THE 48 AWARDS SHOWS HE ATTENDS EVERY YEAR.

Imaginos is a 1988 concept album by Blue Öyster Cult. Originally intended to be a “solo” release by BÖC drummer Albert Bouchard and BÖC manager/lyricist Sandy Pearlman, it was shoe-horned into being a “proper” BÖC release by the band’s label. It is a beautifully ridiculous record, and the wiki entry devoted to it is so over-detailed and so close to self-parody that it is one of the more entertaining wiki entries out there.

Paul Krassner was a founding member of the yippies, but also an author, commentator, comedian, and general agent provocateur of incredible wit, wisdom, insight, absurdity, and intelligence.

Last but most certainly not least, Victor Jara was a Chilean poet, playwright, activist, and singer/songwriter who is roughly the equivalent of Chile’s Bob Dylan. When U.S. backed forces overthrew the left-leaning government of Salvador Allende in September of 1973, Jara was tortured and killed. He is a martyr for every singer who was willing to die for their message and their music, and likewise he personifies the hundreds of thousands of people in Latin and Central America who died because U.S. financial interests overthrew peaceful governments.

Do something, Dave Grohl. Mean something, Dave Grohl. Or if someone out there is tomorrow’s Dave Grohl, remember that we Americans have been lucky enough to have the kind of lives where we confuse the freedom to legally smoke weed with the kind of freedoms Victor Jara died for, or that Woody Guthrie, Pete Seeger, and Paul Robeson were blacklisted for. Use the power of free music to fight for the economic and political security of your future.