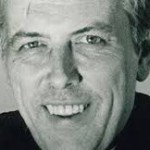 For the Birds: Mike Tyson Returns to Brooklyn