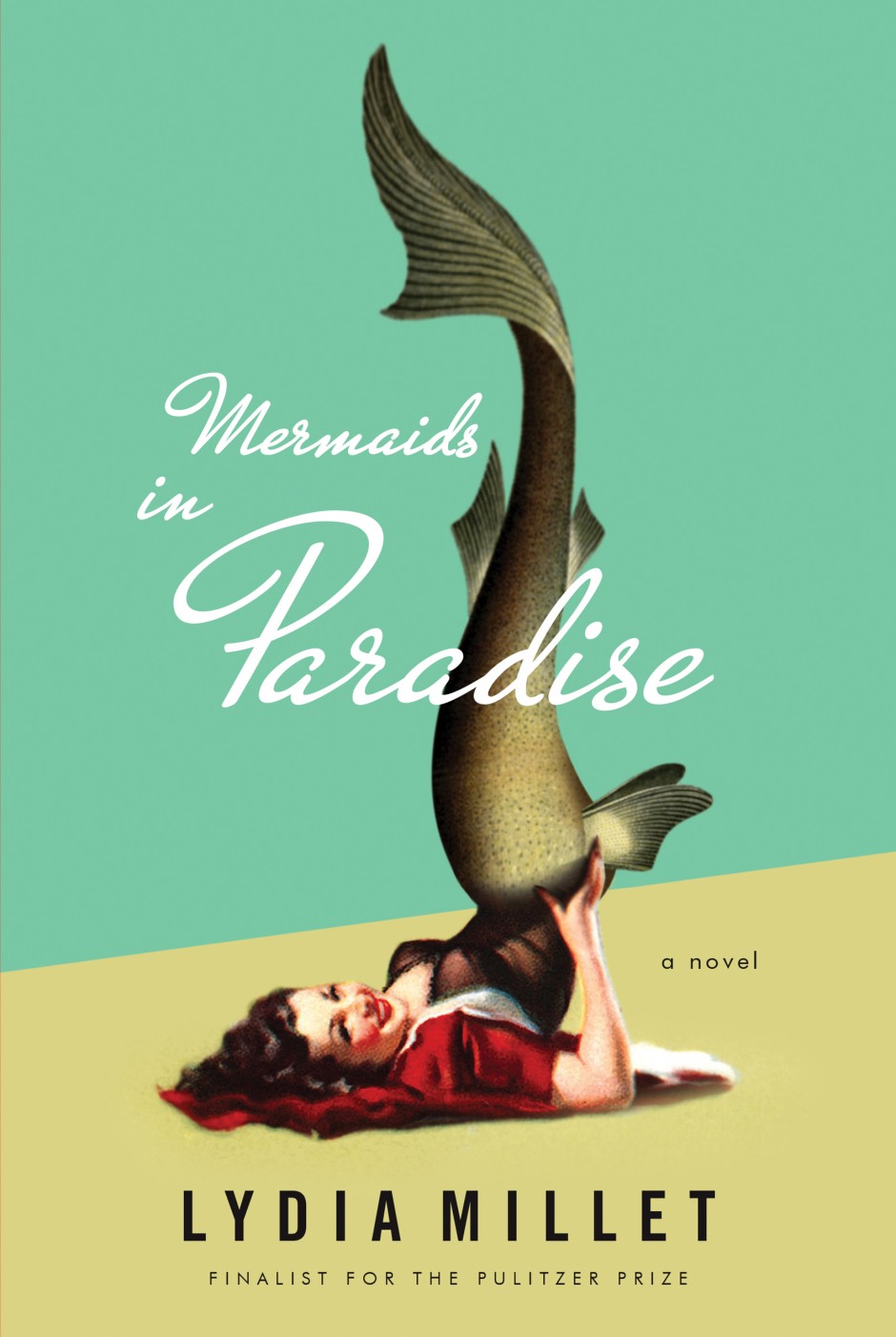 The examined life is not worth living might be the credo of the self-absorbed Deborah, narrator of Lydia Millet’s hilarious and witty novel “Mermaids in Paradise, except that Deborah does in fact spend a great deal of time ruminating about, and commenting on, what’s happening around her. Her life is kind of exciting – she is about to be married to Chip (“a romantic when it comes to the people of the Midwest”); attend her own bachelorette party organized by her best friend Gina (“If a gesture’s not ironic, why make it at all, is [Gina’s] philosophy”); support Chip through the “extreme half-marathon in the mud with obstacles” he’s chosen since even though he’s outgoing and friendly he seems not to have a friend who can organize a bachelor party; oh, and they’re going to Virgin Gorda for their honeymoon.

The novel is divided into four sections; the first takes us up through the wedding in Southern California. The rest of the book takes place in the Virgin Islands. Chip and Deb make friends with other guests at their resort, joining a group that includes a marine biologist, Nancy. (Millet also takes time to parody the resort, whose outdoor dining tables “float” on a lagoon, riding on a mechanism that allows them to be brought in for serving.) Out on a snorkeling trip the next day the marine biologist discovers a pod of mermaids. Naturally, Deb and Chip doubt her sanity, but they see the mers (Nancy’s preferred term) and organize a group to photograph them. Unfortunately, someone sells out the group and steals the video, and Millet spends some time exploring Deb’s impulse to protect against her understanding of the urge to exploit a natural resource. Deb and Chip and Nancy organize again, teaming up with a Japanese hotel guest who happens to be a TV host, some “Bay Areans,” a psychologist and his phobic wife, and a retired SEAL who lives locally. Death, destruction of habitat, and mayhem ensue, all of it compelling and funny.

One of the many joys of the book is the language. Deb is a Stanford MBA (“It was Gina who persuaded me to go the MBA route, whereby at least, she said, I could grow up to be a loser with money instead of a loser without it.”) So when Deb contemplates action, it’s all in business-speak. Nancy calls in an anthropologist colleague the first day as Deb watches (“From what I could discern on our end, they were arguing with her but dismissing her out of hand, as you might assume they would. She must have credibility capital to spend. . .” ) When the island’s capitalists band together to exploit the discovery the first thing Deb and Chip do is call a meeting. Sorting out options between those involving explosives and those not involving explosives takes some time and skill.

Millet reveals Deb’s increasing self-knowledge in the same way: Deb comments on her struggles, in the face of conflict and pain, to keep her personality intact. Deb hates herself for melting down, even though she does so only in the face of great stress. In the end she’s accepting if not fatalistic about flaws, hers and all of mankind’s. “Mermaids in Paradise” is a wry, entertaining, and deeply compelling book about the world and what we’re doing to it.

Did you enjoy this book? Let us know why – or why not – in the comments.

Tell the Bartender Episode 55: If You See Something, Say Something (Even If It Takes A Few Years)