“This is a semiprivate, white hospital,“ says The Nurse to a black man who has arrived with an accident victim in Edward Albee’s The Death of Bessie Smith, being presented by New Brooklyn Theater for a brief two-weekend run at Interfaith Medical Center Hospital in Bedford-Stuyvesant. It’s a line that draws laughs in response to the absurdity of the remark, but the issues in play are dead serious. The play, an early one-act effort by an earnest young writer who was to come to full maturity in such works as Who’s Afraid of Virginia Woolf and A Delicate Balance, serves in this pared-down production as a site-specific vehicle to bring attention to the crisis being faced by Interfaith, struggling for its existence amid a cost-cutting frenzy that has put paid to at least 12 facilities in the metro area, including Greenwich Village’s much-lamented St. Vincent’s and Cobble Hill’s Long Island College Hospital.

At Sunday afternoon’s 2:00 pm performance, a Standing Room Only crowd packed into a conference room off the entrance lobby of the hospital to see the work, which presents Albee’s imagined version of the great blues singer Bessie Smith’s death from injuries sustained in a 1937 car crash after being refused treatment at a whites-only hospital. It is structured in a series of eight scenes in which Ms. Smith does not appear–only hospital staff both white and African-American, with their acquaintances and family members, and Ms. Smith’s companion and driver at the time of the accident (in a fine performance by Edwin Lee Gibson). The script dates from 1960, and the sentiments are of that time—Mr. Albee does not shy from frequent and venomous use of the “N” word—and some of the poetic flights of the character known as The Intern (nicely interpreted by James Patrick Nelson) evoke Tennessee Williams, then at the top of his game.

Illuminating the Issues
Site-specific theatre can be an effective device in more ways than one. In some cases, the venue in which a play is performed can illuminate a script in unexpected ways when the artifice of a stage environment is abandoned in favor of a “real” setting. In another, more political sense, the use of an unusual site can serve to bring focus to issues of urgency.

Certainly that is the case with The Death of Bessie Smith, in which the performance was almost a curtain-raiser to the second portion of the event, a Q & A session in which the actors took a back seat to an array of activists and politicos. The gathering included Diane Porter, Secretary of the Board of Trustees of Interfaith; Jill Furillo, Executive Director of the New York State Nurses’ Association; Dr. Roland R. Purcell, a vascular surgeon at Interfaith, president of the medical staff and a member of the Board of Trustees; Annette Robinson, who represents New York Assembly District 56 and lives a scant two blocks from the hospital; Robert Cornegy, Jr., newly elected City Council member representing Bedford-Stuyvesant and Crown Heights; and Tremaine Wright, Chairperson of Brooklyn Community Board 3.

The panel was moderated by New Brooklyn Theater Board Chairman Jeff Strabone, who introduced the participants and prompted a discussion about Interfaith’s specific situation— hanging by a thread until March 7 on the latest of a series of one- and two-month extensions from the NYS Department of Health—as well as broader questions of race, class and access to health care. To a person, the panelists were veterans of the New York hospital wars, some of whose bona fides included being arrested last July with then-candidate Bill de Blasio over the impending closure of Long Island College Hospital.

The line of the afternoon belonged to Council Member Cornegy, who said that, as a community activist, he had thought he could engage in “an enlightened discussion” with the powers that be regarding maintaining and preserving community access to quality health care. He found otherwise. Cornegy called for a moratorium on hospital closings in the borough, a remark that was met with vigorous applause.

When the discussion returned to the topic of the Albee play and its relevance to the struggle for community input into vital health care decisions, Dr. Purcell noted that a successful campaign requires a multi-pronged strategy, and that the arts have a part to play in dramatizing conditions and educating an audience. Purcell is a doctor of color, a native Grenadan, and the irony of his presence on the panel, given the subject matter of the play, was not lost on the audience. 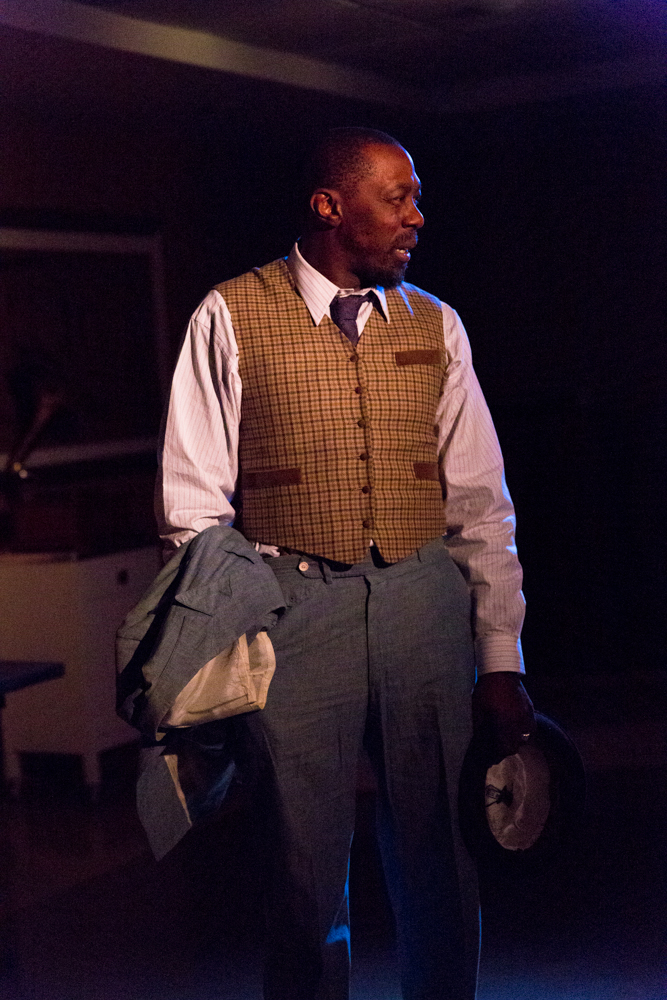 From Drama to Action

In a brief interview following the Q & A, 28-year-old Jonathan Solari, the director of The Death of Bessie Smith and Artistic Director of New Brooklyn Theatre, spoke about what drew him to the play: “I’ve been an admirer of Edward Albee’s for as long as I can remember, and this environment is a part of my community. New Brooklyn Theater serves Bed-Stuy. This is where our audience is, this is where our home is, and I feel that we as artists who are involved in the community have an obligation to speak to the issues that affect our audience.”
“It speaks to this situation differently to each audience member. We have nurses in here, we have community members in here, we have people from other boroughs. Everyone is viewing this play and can find their way into it through whatever lens they bring. Our job is just to stage it and to bring attention to this situation and hope that we inspire some kind of action from our audience.”

There’s no question that the production and its presence in the eerily quiet hospital has created a buzz. Perhaps it was the New York Times’ or New York One’s coverage—or perhaps it was Perez Hilton’s tweets—but the first weekend’s performances were SRO, and the remaining performances, Jan. 16 – 19, are sold out (check NBT’s web site for information, though; since all seats are free, some reservations may not be picked up: http://newbrooklyntheater.com).

And word has it that the production may find new life following these initial performances at Interfaith. It seems that other hospitals have been calling—the theatre is not yet at liberty to say which ones—and the requests are under consideration. But the playwright had given permission to produce the script at Interfaith under very specific restrictions, one of which is that no one is to be paid. The New Brooklyn Theater management feels strongly that the actors, many of whom are professional and are performing with the blessing of Actors’ Equity Association, must be remunerated if the play is to be mounted again. Stay tuned.